Home » News » IND vs WI: “Ravi Bishnoi Has a Bright Future Ahead” – Rohit Sharma Praises the Debutant After His “Man of the Match” Performance

IND vs WI: “Ravi Bishnoi Has a Bright Future Ahead” – Rohit Sharma Praises the Debutant After His “Man of the Match” Performance 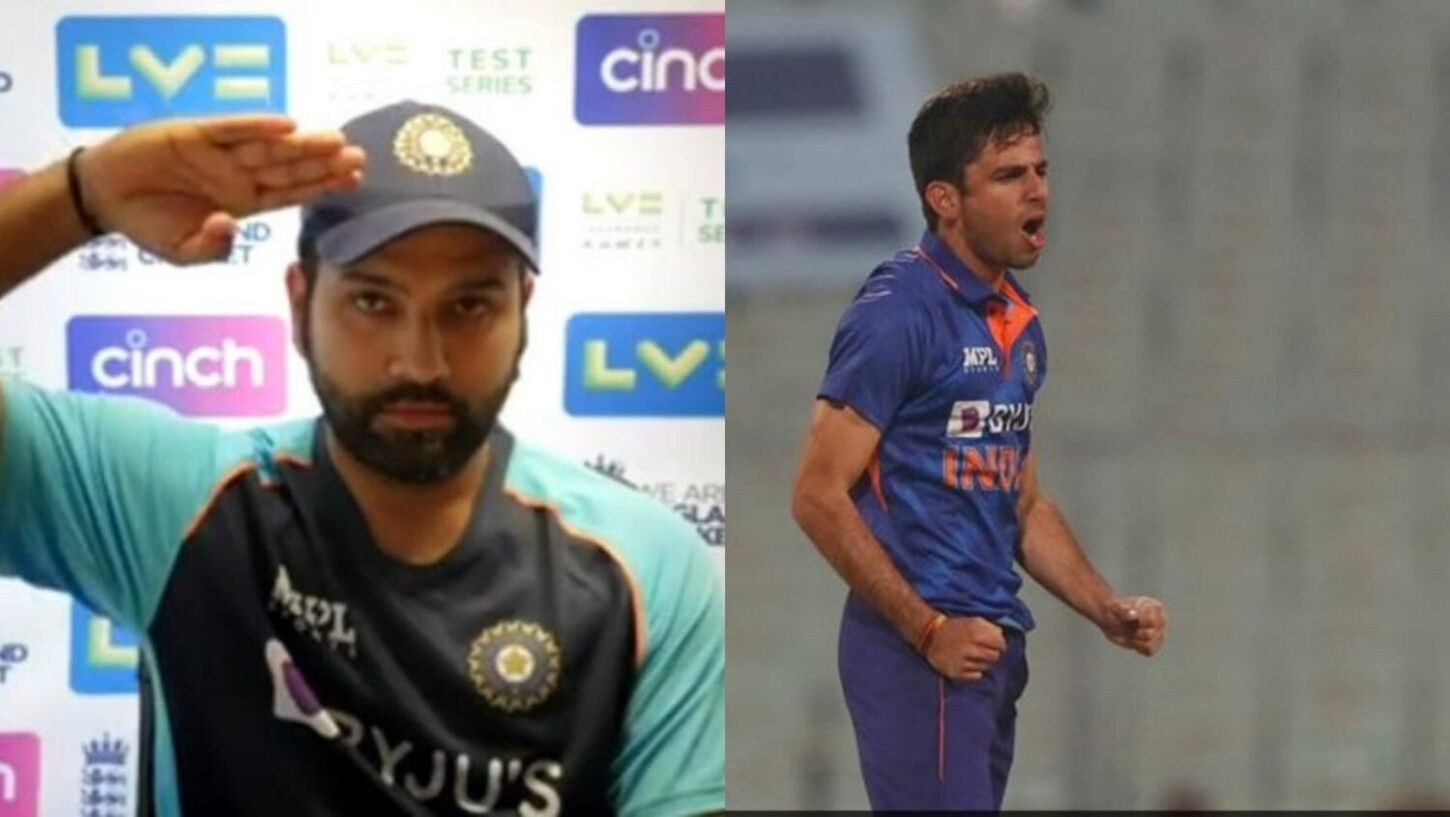 IND vs WI: India won the first T20I match against the West Indies on Wednesday comfortably by 6 wickets. All things went according to plan, and India now leads the three-match T20I series by 1-0. It all started at Eden Gardens when the Indian skipper won the toss and asked West Indies to bat first. Considering the upcoming T20I World Cup and the unpredictable nature of Rohit Sharma, he went with two leg-spinners in their playing XI. The Rajasthan-born leg-spinner Ravi Bishnoi made his international debut for India, getting his debut cap from his senior partner Yuzi Chahal. Here are our Cricket betting tips today and learn them from the experts.

The West Indies got off to a good start in the first powerplay. Mayers and Pooran started on a positive note, but it didn’t last very long. Skipper Rohit Sharma brought his spinners just after the powerplay and it worked for the Indian team. Both Indian spinners put a brake on the scoring rate and picked up some crucial wickets in the middle overs. Chahal picked a wicket of Mayers in the very first over his bowl.

Debutant Bishnoi did start with three wides in his first over and looked nervous, but then he joined Chahal and exposed West Indian batters. He registered the third-best figure of any Indian spinner on the debut. He picked two wickets for just 17 runs in his four overs and was adjudged “Man of the Match.” Both helped the Indian team to restrict the opposition to a score of 157 runs in 20 overs.

IND VS WI: “Very happy with his first game for India and he’s got a bright future,” says Rohit Sharma

Skipper Rohit Sharma also praised the young leg-spinner. Rohit said at the match that Bishnoi is capable of bowling in any situation of the match, which gives them a lot of options. He further added that the leggie is very talented and that’s why we drafted him straight into the team. The skipper said,

“He can bowl at any stage and it gives us a lot of options to rotate the other bowlers. Very happy with his first game for India and he’s got a bright future and it’s just about us now on how we use him.”

Both spinners bowled a tight line and didn’t let the batters score runs in the middle overs.

Check out more betting apps in India for IOS and Android.

“We give him that confidence.” Rohit Sharma backs Ishan Kishan

IND VS WI: Ishan Kishan looked scratchy in his innings of 35 off 42 balls. He didn’t look comfortable, while, on the other hand, Rohit was scoring runs freely. Rohit scored 40 runs off just 19 balls. Ponting on the innings of Ishan Kishan, the skipper said that he looked under pressure in the first T20I. He said that it might be because of the money he got from the auction. But the team needs to give him more confidence so that he can feel better at the crease and score freely.

However, despite Ishan’s struggle, India did manage to win the match comfortably. Suryakumar Yadav and Venkatesh Iyer scored some useful runs at the end and helped the team get over the line. Talking about the same, Rohit added,

“It’s just about rotating strike in the middle and with Ishan it’s just about getting some game time and wearing the blue and playing for India, there’s too much pressure. It’s our job to make sure that whenever he steps in he’s quite comfortable.”

In the absence of KL Rahul, Ishan Kishan opened the innings along with the skipper. And the next T20I between the two sides will be played at Eden Gardens on February 18.

Read more reviews about mobile bet365 and know how it works online.