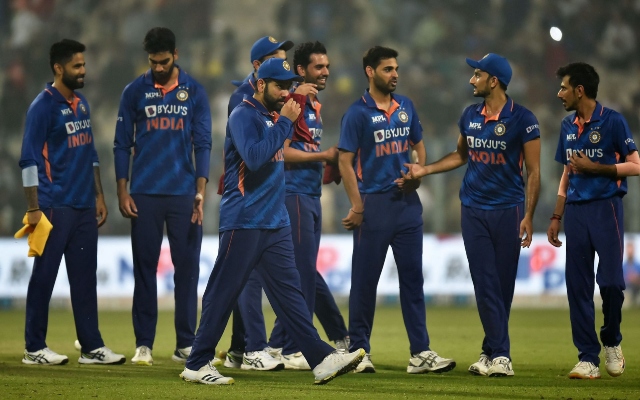 IND VS WI: Former West Indies skipper Darren Sammy has heaped praise on Rohit Sharma, saying he is a “motivation leader” and Indian cricket is in “good hands”.

After Virat Kohli’s tenure as India’s captain ended earlier this month, the team’s transition phase began. He stepped down as India’s Test captain after a 2-1 series loss in South Africa.

The Board of Control for Cricket in India (BCCI) sacked Kohli as India’s One-Day International (ODI) skipper months after he quit resigned as India’s Twenty20 International (T20I) captain. Check our best cricket betting tips and tricks here in our site.

The fashion in which Kohli was removed as ODI captain had led to a major controversy. Even the former captain pointed fingers at the BCCI for lack of communication. The sage happened before India’s tour of South Africa.

While questions have been raised about Indian cricket’s future following their back-to-back series defeats in South Africa, Sammy believes there is no concern regarding Indian cricket.

“Kohli has been exceptional with his performances on the field. I don’t think it will affect the team. Rohit has been an excellent captain (with Mumbai Indians), a good motivational leader. I’ve watched him captaining Mumbai in the IPL. He’s among the captains who have won like MS Dhoni, Gautam Gambhir.

“All these guys can manage to get performances from their teammates. These captains normally get results and win trophies. I’m not worried about Indian cricket. It’s in good hand,” Sammy said in a recent interview.

IND VS WI: Pollard will fancy his chances, Darren Sammy

The former T20 World Cup-winning captain, Sammy, also backed his countryman Kieron Pollard to pull off an upset in India as OND VS WI Series starts on 6th February.

“I believe Pollard will definitely fancy his chances. He has been playing in India for so long, he knows the conditions well,” added Sammy.

Sammy is currently in Oman leading the World Giants in the inaugural edition of the Legends League. India are set to host West Indies in a six-match limited-overs series, starting in February. The series includes three ODIs and as many T20Is.

Rohit missed the South Africa tour due to a hamstring injury. Therefore, the upcoming home series against the Caribbean men is going to be his first assignment as India’s full-time captain in white-ball cricket. Read more about our IPL cricket prediction that is for free.