Home » News » IND VS WI: “Orange Cap Holder, Not Even Selected”, Saba Karim Surprised by the Non-selection to Rituraj in T20

IND VS WI: “Orange Cap Holder, Not Even Selected”, Saba Karim Surprised by the Non-selection to Rituraj in T20 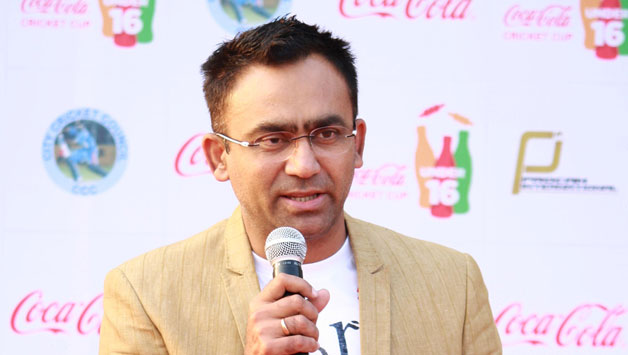 IND VS WI: Former Indian selector Saba Karim is surprised by the non-selection of Ruturaj Gaikwad in the T20 squad. The BCCI has announced both the T20I and ODI squads for the home series against the West Indies. He pointed out that the young opening batsman was initially selected for the international team on the basis of his T20 performance.

The 24-year-old batsman, who made his international debut during the T20 series in Sri Lanka last year. But now he is only included in the ODI squad for the series against the West Indies. The Maharashtra youngster was also part of the ODI squad in South Africa. However, he did not get a chance to play. Read our cricket tips and get some free guide from experts.

Saba Karim seemed surprised at the exclusion of Ritutaj Gaikwad from the T20I setup. And while speaking in the Khelneeti podcast, he said,

“Rituraj is not part of the T20 team but has been included in ODIs. He was chosen for international cricket on the basis of his T20 performances. So a couple of the changes are really absurd. Hopefully, we get a settled combination soon because there is not much time left (for the World Cup).”

IND VS WI: Rituraj to play in the middle order in the batting order

Due to the lack of space in the top order, it is believed that opener Ruturaj has been moved to the middle order. When asked about it, Rajkumar Sharma, Virat Kohli’s childhood coach, said it depends on the individual.

He also told an interesting incident about Virat Kohli, saying,

“I remember when Virat debuted in Sri Lanka (in a T20I), Virender Sehwag got unfit. He (Virat) was told to either open or bat at 7. Virat said he will open though he had never opened even for our academy, leave alone in the Ranji Trophy. It all depends on the mindset of the player.”

Sharma also suggested Gaikwad not try to shift to be in the middle order. He clarified,

“There is no place at the top since four players, Rohit Sharma, Virat Kohli, Shikhar Dhawan and KL Rahul, are already fighting for three slots. Ruturaj will have to wait, unless one of these players fail. I don’t think that an opener should be moved to the middle-order. In the end, it all depends on the player, whether he is ready to adapt and accept the challenge.”

The Indian selectors have picked leg-spinner Ravi Bishnoi. He is selected in both teams against the West Indies series, for the first time. Deepak Hooda and Kuldeep Yadav have been named to the ODI squad, while Venkatesh Iyer has been included in the T20 squad. Here are top cricket betting sites in india that are legit.

IND VS WI: Chennai Super Kings (CSK) opener Ruturaj Gaikwad ended his Indian Premier League (IPL 2021) campaign with 635 runs in 16 matches and became the youngest batsman in Indian Premier League history to win the Orange Cap for most runs in one IPL season at the age of 24 years and 257 days.

Rituraj Gaikwad was Maharashtra’s best-run scorer in the Vijay Hazare Trophy, scoring 603 runs, including four hundred, in five matches at an incredible average of 150.75. We recommend this legit and best betting apps for phone.