IND vs WI Series: 3 Takeaways from the ODI Squad 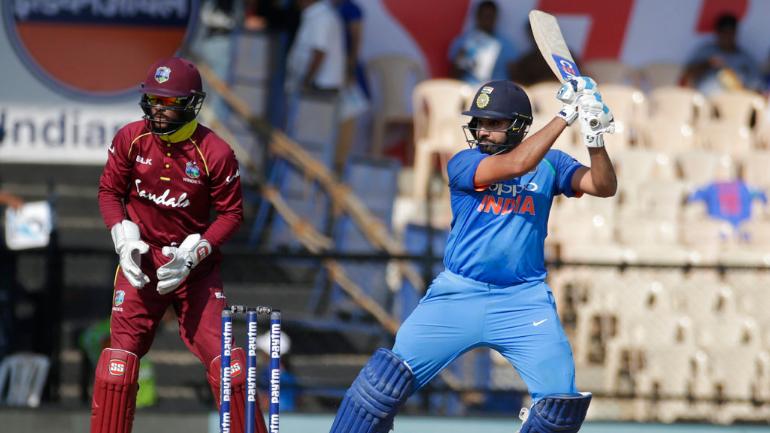 IND vs WI Series: After having a forgettable tour of South Africa, Team India are set to host West Indies at home. All the three ODIs, starting from 6 February, will be played in Ahemdabad; while the three-match T20I series will take place in Kolkata.

In the last two years, India hasn’t had the best of the times in bilateral ODI cricket. They’ve won just two out of their five series – against England and Sri Lanka. In 15 ODIs in this timeframe, India has managed to win just five, with a win-loss ratio of 0.5.

However, India would feel confident against the Men in Maroon for numerous reasons. India has beaten West Indies in all of their last 10 ODI bilateral ODI series, losing the last one back in 2006. And, not only the numbers, the gap between the quality of both sides is big enough. Also, Rohit Sharma’s return should inspire plenty of confidence. We have best cricket betting tips and tricks here in our site.

India’s ODI squad is as follows:

1. India on an enforcer hunt:

Wickets haven’t been the best friends of Indian bowlers, post World Cup 2019. Since the conclusion of the marquee event in England, India has had a terrible bowling average of around 60 in overs 1-30, comfortably the worst for any side. In fact, they find themselves at the bottom of the table in each of the metrics: average, strike rate, and economy. India’s inability to pick up early wickets has cost them dearly.

India are in a quest of at least one strike pacer to partner Jasprit Bumrah. Bhuvneshwar Kumar’s omission, further aided by the rest provided to Mohammed Shami and Bumrah, means newcomers will get chances. India has three good enforcers in their squad: Prasidh Krishna, Mohammed Siraj, and Avesh Khan.

Prasidh, who has already played for India in recent times, is a true strike pacer – as indicated by his List A strike rate of 26.7. The tall speedster has picked up 9 wickets in 4 ODIs, with his notable contributions providing breakthroughs at the crucial stages of the match in the home series against England. His ability to get the extra bounce, as well as his speed, make him an uneasy bowler to face.

Siraj seems a better blend of an attacking and defensive option, as of now. Siraj can move the new ball, he can bowl sharp bouncers, and has worked on his defensive bowling as well. The right-arm quick made speedy progress in the IPL, and cementing his spot in the national white-ball team doesn’t seem too far away.

Avesh seems like a backup option for now. He had a good IPL 2021 and has loads of potential. He might play in the T20I series, if not the ODIs. Here’s cricket prediction apps that will help you how to bet smartly.

After the ODI series loss in South Africa, the head coach Rahul Dravid addressed the lack of wickets in the middle-overs. At their peak, the wrist-spin pair of Chahal and Kuldeep used to run through sides, and contribute massively to India’s success. However, it’s not the case anymore.

Post World Cup 2019, India’s spinners average 55.39 with an economy of 5.81 in ODIs. While India’s economy is the worst, only the Zimbabwean spinners have a worse average.

Chahal had two decent games in South Africa, and Kuldeep Yadav has made a comeback, now. Also, Ravi Bishnoi has earned his maiden call to the national side. Thus, India has got three attacking options, along with Sundar being the defensive spinner.

The young spinner Bishnoi relies on Googly as his major weapon, and his selection is seen as a progressive move. He bowls with a good speed, and flatter trajectories. While he might not cement his spot in the ODI XI very easily, Bishnoi could play a big role in the upcoming T20 World Cup.

Whether Kuldeep and Chahal are able to regularly beat batsmen in the air, remains to be seen. Even in his poor form in recent times, Kuldeep had beaten well-set batsmen with his craft. However, the control is missing, and responding to tough situations will be a challenge for him.

IND vs WI Series: A fit Hardik Pandya is an asset to India’s white-ball team, and his recent absence has hurt India badly. Hardik is unable to bowl these days and seems like the selectors are looking for his alternatives and backups in the meantime.

While Venkateshwar Iyer has been dropped after a trial of two ODIs, India has included Deepak Hooda. Deepak Hooda isn’t a pace-bowling all-rounder, but a middle-order batsman who can bowl at times. India might bat Hooda at No. 6, and look for some off-spin overs.

Hooda’s last season with Punjab Kings might have played a part in his selection. He is a powerful batsman and can score quickly from the word go.  It will be tough for him to perform the finishing role at the international level, particularly against pace. However, India would hope that he solves a bit of their headache. Check this legal betting apps that are safe to use.