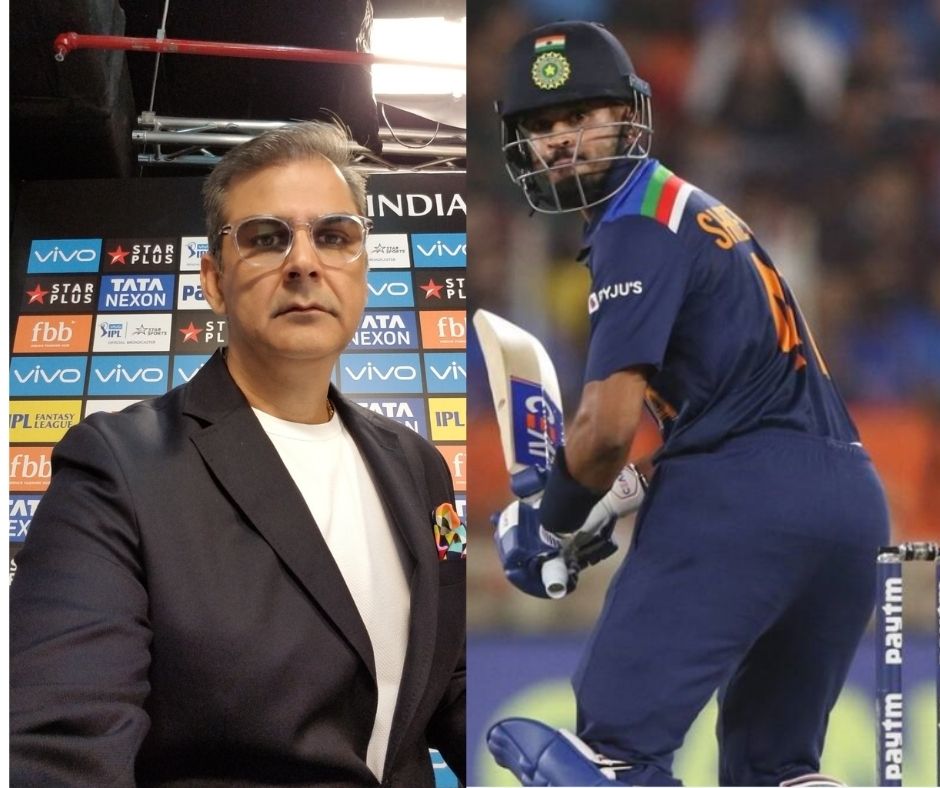 IND vs WI: The Indian team suffered a big set-up when the BCCI announced that eight members had returned positive for COVID-19. These Indian players are Shikhar Dhawan, Rituraj Gaikwad, middle-order batsman Shreyas Iyer, pacer Navdeep Saini, and all-rounder Axar Patel. Apart from the players, fielding coach T. Dilip, security liaison officer B. Lokesh, and sports massage therapist Rajeev have also tested positive. It will make it difficult for the Indian team to choose the playing XI in the first match, starting on February 6th.

However, the BCCI has added Mayank Agrawal to the ODI squad as a replacement. However, a former Indian cricketer believes that the Indian team will still face difficulties. Nikhil Chopra feels that it was an important series for Shreyas Iyer. Here’s today’s betting tips and tricks from betting experts.

IND vs WI: “I believe this series was very important for Shreyas Iyer”,Nikhil Chopra

Shreyas Iyer was part of the Indian team in South Africa. But he wasn’t able to convert those chances. Iyer registered scores of 17, 11, and 26 in the three innings he played. Nikhil Chopra also expressed that this is a big setback for the Indian team as this series would be ideal for the preparations for the upcoming World Cup. The former cricketer said on the Khelneeti podcast,

“It is a setback for sure. Shikhar Dhawan was in good form. It could have been a big series for Ruturaj Gaikwad as well. I believe this series was very important for Shreyas Iyer. He he had a poor South Africa tour. Without any disrespect to West Indies, he had a great chance to consolidate his place in home conditions on a good surface in Ahmedabad.”

Due to his poor performance against South Africa, many were asking for him to be replaced by Suryakumar Yadav.
Looking for cricket match prediction app? Do check it here.

Suryakumar Yadav will get a chance now at No.4, says Nikhil Chopra

IND vs WI: Shreyas was the first choice for the number 4 position in the batting lineup for the ODIs. And now, as he will not be available, it will be a great chance for Suryakumar Yadav to make some impact. Chopra feels that Suryakumar can replace Iyer if he can score in the ODIs and make No. 4 his position permanently. Chopra stated,

“I think Suryakumar Yadav will get a chance now. If he scores in two of three games, he can more or less seal his place at No.4, considering the kind of game he plays and just the way he bats.”

“Yes, Prithvi Shaw could have been included. He is a tremendous batter and ideal for white-ball cricket. But he can still be included as a back up considering the fears that the number of COVID cases in the camp could rise. But Mayank Agarwal was also in good form. He scored a hundred in India (during the Test series against New Zealand).”

In the white-ball series, India and West Indies will play three ODIs and three T20Is. As per the Gujarat Cricket Association, the ODI series will be played behind closed doors. Here are some legal betting apps that are safe to use.