Home » News » IND vs WI: Virat Kohli and Jasprit Bumrah to Get a Break From T20I Series Against West Indies – Reports

IND vs WI: Virat Kohli and Jasprit Bumrah to Get a Break From T20I Series Against West Indies – Reports 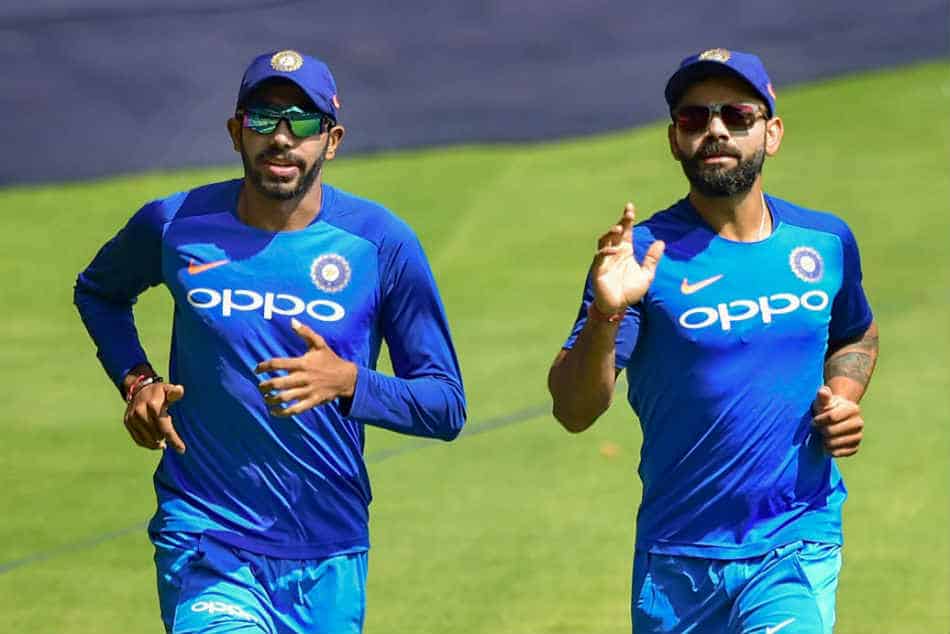 IND vs WI: The Men in Blue are currently playing a multi-format series against England. However, there are only two games left on the tour that will end on Sunday, July 17. After the England tour, India will travel to the West Indies for the white-ball series. India will play three ODIs and five T20Is on that tour. The selection committee led by Chetan Sharma has already announced the squad for the ODI series. All the seniors have been given a break, while Shikhar Dhawan has been appointed as the captain of the side. Want to bet on cricket on the move? Discover India’s best-betting sites here on our site.

The all-rounder, Ravindra Jadeja, will assist him as the vice-captain. The likes of Rohit Sharma, Virat Kohli, Jasprit Bumrah, Mohammed Shami, Rishabh Pant, and Hardik Pandya will not feature in the team. But so far, the selectors have not announced the squad for the five-match T20Is starting after the ODIs. However, as per some media reports, there is some speculation that Virat Kohli and Jasprit Bumrah are likely to take a break from the five-match T20Is.

IND vs WI: Virat Kohli is likely to miss the T20I series against West Indies

The former Indian skipper has been an integral part of the Indian team since his debut for India. But he is going through a tough time right now and is struggling to make significant contributions with the bat. However, there are still hopes that he can make a comeback because his form will give India the required confidence as there are two World Cups in the next 18 months.

Although many former cricketers have questioned his form and have urged the BCCI to drop him. Former 1983 World Cup-winning skipper Kapil Dev was among the ones who said that Virat needed to be dropped from the T20I. The 33-year-old hasn’t reached the three-figure mark since November 2019.

Selectors are supposed to announce the team for the T20Is against the West Indies soon. The tour will start on Friday, July 22, with the first ODI. The T20I series will kick off on Friday, July 29. It will end on Sunday, August 7 with the fifth and final T20I.