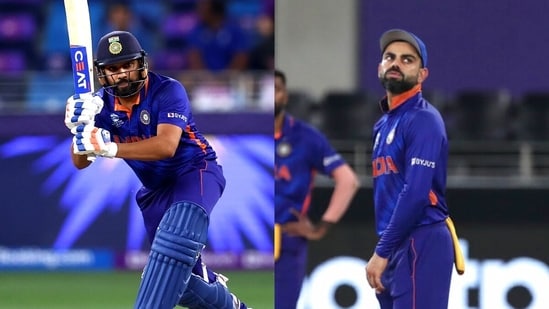 IND vs WI: The Men in Blue thrashed the West Indies by 3-0 and whitewashed them and won the Paytm ODI series. And now both teams are heading to the three-match T20I starting on February 16. India ticked all the boxes correctly, but still, there will be one concern for the team. And that is the form of the former skipper, Virat Kohli. He went for a two-ball duck in the third ODI match and finished the series with 26 runs in three innings. Get online cricket betting tips for free here no our site now.

Virat made just 26 runs in the three innings he played, including a two-ball duck in the third ODI. This is the first incident in seven years that I haven’t scored a 50+ score in a bilateral ODI series. He made the scores of 8 (14), 18 (30) and 0 (2), which are not at all as per his standards. Meanwhile, Rohit stated during the post-match presentation that it was not just about the 100. On the other hand, Virat has consistently scored 50+ scores, even in ODI series in South Africa. The skipper said,

“Does Virat Kohli need confidence? What are you talking about? (chuckles) I think not scoring 100 is a different thing [but] he played a series in South Africa and scored two fifties in three matches. I don’t see anything wrong. And the team management is not at all worried. What we were worried about was, you know, how we will be challenged in the middle overs and I thought our middle overs batting in this series was really good.”

Rohit also pointed out the effort of the lower-order batters in the series. He stated that the main issue has been middle-order batting, but in this series, the batsmen in the middle have made the necessary contributions. The skipper added,

“We batted well and according to the conditions. We’ve been talking about it for a long time that our middle-order doesn’t get too many chances to bat because the top-3 bats a lot. In this series, you saw how our middle-order batted and how well they read the situations. As a team, it was a big positive for us and we would like to carry that forward.”

Here are some betting apps in india that are legit.

IND vs WI: The Indian middle-order has made some significant contributions in the series. Surryakumar Yadav has made 104 runs in the series. Pant made 85 runs, while Shreyas Iyer, who was also the “Man of the Match” in the third ODI, scored 80 runs. On the other hand, KL, who played just the second ODI, made an important 49.

Rohit mentioned that No. 4, 5, and 6 are important positions when it comes to ODI cricket. And the team that has a strong middle order always performs well. For quite a long time now, India has been struggling to find a good middle-order. And with KL Rahul batting in the middle order, it seems that it is the plan for the upcoming World Cup. KL Rahul, Pant, Suryakumar Yadav, and Shreyas Iyer will form the Indian middle-order.

The skipper also talked about the number of players India has for the middle-order. He called it a good headache to have for the team. India will be taking on the West Indies in three T20Is at Eden Gardens, Kolkata next. Meanwhile, stay tuned for all the cricket news and IPL Auction updates. Check out here for more bet365 Cricket predictions from the experts.