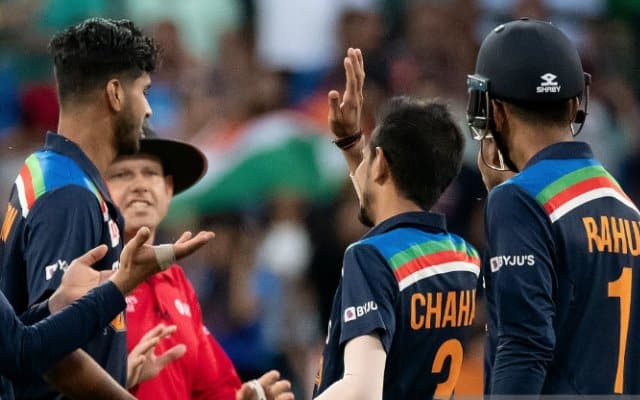 Rishabh Pant’s scintillating form with the willow in Test cricket bore fruit, as he has been recalled to the Indian squad for the T20I series against England. The series will consist of 5 matches and will commence on 12th March 2021. The last time Pant played a T20I match for his country was on 7th January 2020, against Sri Lanka.

And now, after a year later, the wicket-keeper batsman has once again made it to the national squad. Apart from Pant, the other big name that made a comeback to the Indian squad was Bhuvneshwar Kumar. The Indian pacer was sidelined after he injured his thigh muscle in the 13th edition of the IPL. And now, Kumar will once again wear the Indian jersey. Betwinner registration in App. Sign-up with special bonus.

Also, there are several other ‘IPL stars’ who have been rewarded for their performance and have made it to the Indian side. The likes of Suryakumar Yadav, Rahul Tewatia, Ishan Kishan, and Varun Chakravarthy have all been added to the Indian squad which will be led by Virat Kohli.

Suryakumar Yadav and Ishan Kishan sizzled for the Mumbai side with the bat in the 13th IPL edition. While Yadav scored 480 runs at an average of 40.00 in the IPL last year, Kishan plundered 516 runs at an average of 57.33 and at a strike rate of 145.76. Tewatia was extremely impressed with both bat and ball last season. The Rajasthan Royals’ all-rounder scored 255 runs and also picked up 10 wickets in the 2020 edition of the IPL.

As far as Varun Chakravarthy is concerned, the Tamil Nadu spinner picked up 17 wickets in the IPL last year and took his wickets at an excellent strike rate of just 18.35. He also gave away runs at an economy rate of just 6.85 runs an over. Check our latest cricket tips and tricks