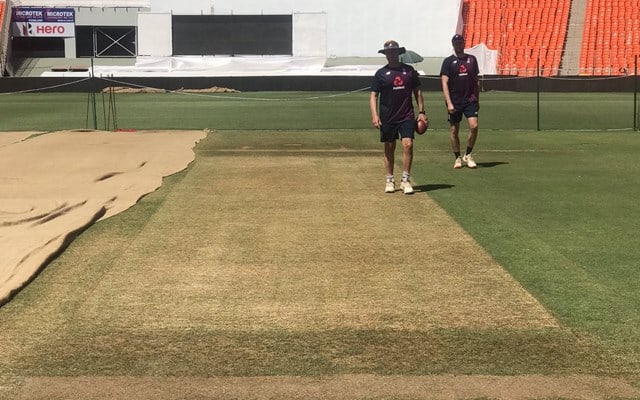 There was a lot of debate about the pitch conditions in the India-England Test series. Barring the first test in Chennai, all the other surfaces offered plenty of turn. England batsmen danced to the tunes of Ravichandran Ashwin and Axar Patel as they stumbled to humiliating defeats in the next three Tests. The second Test in Chennai finished within three days with India winning the match by 329 runs. Then came the much hyped, Pink Ball Test in the world largest cricket stadium. The surface was nothing less than a dust bowl as the match started and finished with a blink of an eye. The match couldn’t last 5 sessions as both India and England failed to touch the 150 run mark. The English experts were critical of the pitches and used words like ‘disgrace’ and lottery to describe the wickets. In reply, Indian experts reminded them of the green tops in England. 4rabet tricks and tips. Learn more to use in future sporting events.

The International Cricket Council has now given its verdict on the pitches used in the India-England test series. The ace cricketing body has rated the third Test pitch as ‘average’. The pitch that was used in the first test in Chennai was rated as ‘very good’ while the pitch in the second Test was also rated as ‘average. The surface in the fourth test fell in the category of ‘good’. Normally, it’s the match referee that rates the pitches but in this case, ICC had to step in as the officials were from the host country. Take a look our jai mata di cricket tips. Learn more how you can win the game using the app.

The ICC receives the rating on performance of the pitch and outfield after every game. If a pitch falls in the category of ‘below average’ or ‘poor’, the host nation becomes liable to sanctions. Thus if any of the pitches in the India-England series would have fell in this category, India would have been fined with three demerit points. The accumulation of 5 such points across 5 years would have resulted in a one year ban on hosting any International match at that venue.