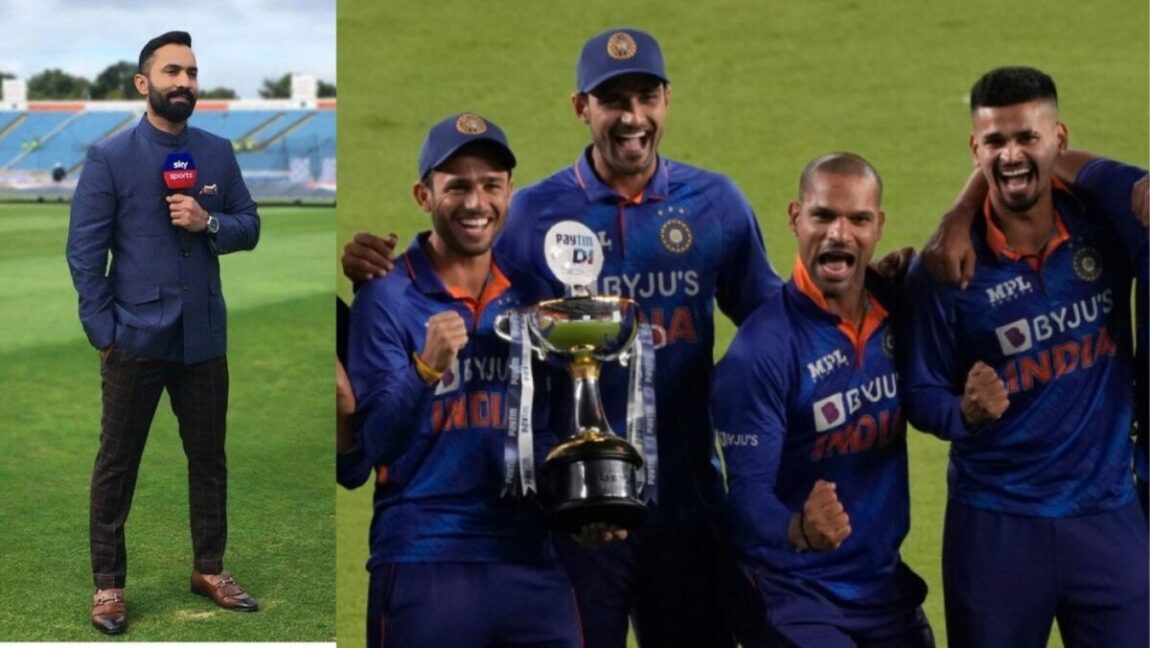 The Indian team is on a dream run since the arrival of Rohit Sharma as full-time captain. The Men in Blue have whitewashed the last three white-ball series they have played, including T20I and ODI series against the West Indies. And notably, the team hasn’t played with their full-strength squad in these series that they have won. That shows how strong the bench strength the team has. Indian veteran wicket-keeper, Dinesh Karthik, has lauded the bench strength the team has got. Find here more T20 Cricket Betting Odds and match predictions.

The team will be up against the Sri Lanka Lions to overcome their next hurdle in order to prepare for the upcoming T20I World Cup. And the selection committee has already given rest to some big names, like Virat Kohli, Mohammed Shami, and Rishabh Pant. On the other hand, a few players are out due to injuries: Suryakumar Yadav, Deepak Chahar and KL Rahul.

Here are some Cricket Tips for the 2022 Season and updates for the upcoming match.

Dinesh Karthik pointed out how well the skipper has handled his players in the absence of big names. The veteran batsman spoke with the ICC and discussed the structure of the Indian team under Rohit Sharam. Karthik said that the current team has some good quality players who can perform whenever they get the chance. He said,

The wicket-keeper batsman highlighted some players who were rested, and despite that, India whitewashed West Indies. For the entire series, Jaspreet Bumrah, Mohammed Shami, and KL Rahul were not available. And though Virat and Pant were rested in the third ODI, the team still won the third T20I. He added,

After a 3-0 whitewash against the West Indies, India regained the No. 1 spot in the T20I team rankings. And this is the first time in the last six years that India has reclaimed the top position in the rankings. Karthik feels it is good to be on top. He further concluded,

“Who doesn’t want to be world No.1 even if it is for some period of time? Because other teams will play matches and then India plays more matches post the IPL so that could change. But for the moment, knowing that Team India is the No.1 T20 team in the world is I think a very, very good feeling.”

India will start the T20I series against Sri Lanka on February 24. Both teams will play three T20Is and two test matches. Get all legit Online Betting Apps for IOS and Android here.