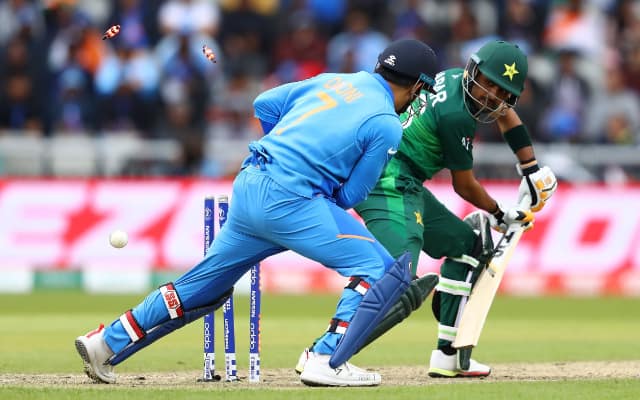 An India-Pakistan clash is a dream come true for any adherent cricket fan. Given the fact that a match between the two arch-rivals is once in a blue moon occasion, the fans eagerly await an ICC tournament to see the two Asian giants cross swords. The ICC also ensures that the two teams are clubbed together so that the fans can witness a riveting encounter. As expected, the two teams are pooled in the same group for the upcoming T20 World Cup in UAE. The two teams are placed in Group 1 alongside New Zealand, Afghanistan and two qualifier teams. Meanwhile, England, South Africa, Australia, West Indies and two qualifier teams will comprise Group 1.

Sri Lanka and Bangladesh will have to go through a qualification round to secure a spot in the T20 World Cup. The Lankan Lions are placed in Group A alongside Ireland, Netherlands and Namibia in Group A while Bangladesh are clubbed with Scotland, Papua New Guinea and Oman in Group B. Learn more about 4rabet tricks and get some tips from us.

“We are delighted to announce the groups for the ICC Men’s T20 World Cup 2021. There are some great matchups offered by the groups and it starts to bring the event to life for our fans as our first multi-team event since the onset of the global pandemic draws closer,” ICC Acting Chief Executive Geoff Allardice said.

“Given the disruption caused by COVID-19, we selected the cutoff date as close as possible to the event to ensure we were able to include the maximum amount of cricket in the rankings which determine the groups. There is no doubt we will witness some highly competitive cricket when the event gets underway in just three months.” We are cricket prediction king. Here in our site you will learn how we predict matches.

The T20 World Cup was postponed last year due to the pandemic. It was then set to take place in India later this year. However, the Coronavirus wreaked havoc in India and the marquee event had to be shifted to UAE. The tournament will now start on October 17, with the final being played on November 14. The matches will be played at four venues – Dubai International Stadium, the Sheikh Zayed Stadium in Abu Dhabi, Sharjah Stadium, and Oman Cricket Academy Ground.