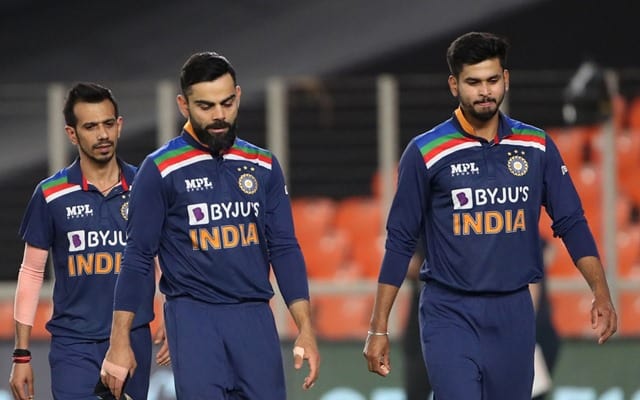 The India-England series was to be the last T20 assignment for India ahead of the World Cup. But now, as per the reports, India might play a couple of T20 series with South Africa and New Zealand before the mega event. According to Times of India, the BCCI is in touch with South Africa and New Zealand cricket board over a couple of home series. The reports were further confirmed by the BCCI official. 4rabet game, the online casino games for android. check here how the app work.

“South Africa and New Zealand are scheduled to come to India to play a couple of T20I series before the World Cup. The modalities are to be finalized. The board is aware that the team needs to be in touch with the format before the Cup starts,” a senior BCCI official said.

India are currently playing a T20I series against England and are experimenting with their playing XI. They have a lot to sort out before the World Cup and it seems that the upcoming two games against England won’t be enough for the same. A couple of T20 series will give team India a few more matches to fine-tune their preparations for the T20 World Cup. However, it will be interesting to see how BCCI squeeze those series as India have a packed calendar. India will leave for England in June to play the World Test Championship final against New Zealand. Then they’ll play a 5 test series against England that’ll end by mid September. With World Cup scheduled in October-November, BCCI have a stiff task to squeeze out the series. Check our free cricket tips facebook casino games.

Talking about the India-England series, the hosts are trailing 2-1 in the 5 match series. They lost the first game by 8 wickets before bouncing back and pocketing a victory in the 2nd T20I. England thrashed them again in the 3rd match. One noticeable thing to consider is that all the matches have been won by the team batting second. The pitch has a role to play as it seems to get better in the second innings. It will be interesting to see what combination India goes in with in the next game. Whether they’ll continue experimenting with their playing XI or they’ll go back to their best XI and try to win the series.