Home » News » India thrash England by an inning and 25 runs; books their ticket for the summit clash of the WTC against New Zealand

India thrash England by an inning and 25 runs; books their ticket for the summit clash of the WTC against New Zealand 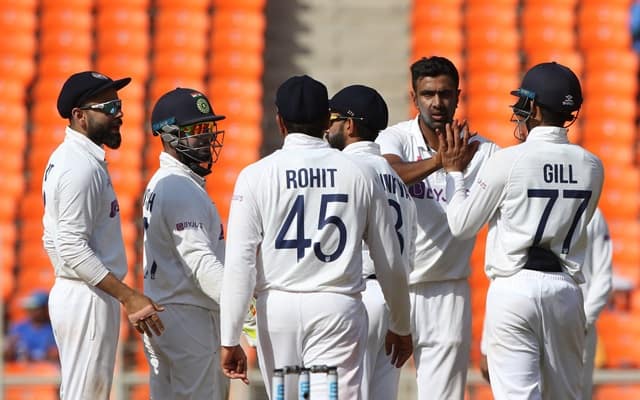 If the 3rd Test at Ahmedabad finished within the first 2 days, the 4th Test fared marginally better, as it lasted for 3 days. But then, the fortunes of the England team plummeted even further. And, they suffered abject humiliation in the 4th Test and were not even able to make the Indian side bat twice. The Joe Root led side was thrashed by an innings and 25 runs by the hosts, as the England batsmen had no answers to the web spun by the Indian spinners.

The Indian side resumed Day 3 with their scorecard reading 294/7, and added 71 runs to their total. Washington Sundar was left stranded on 96, as he ran out of partners at the other end. The England second innings once again followed the same script, with their willow wielders absolutely clueless against the spin duo of Ravichandran Ashwin and Axar Patel. In fact, such was the dismal performance by the visitors, that they lost their first 3 wickets with just 20 runs on the board. Take a look our comeon casino review and get some free tips from the experts.

Zak Crawley was the first man to depart, as he edged Ravichandran Ashwin into the waiting hands of Ajinkya Rahane at slip. Jonny Bairstow followed Crawley back to the pavilion as he flicked Ashwin to Rohit Sharma at leg slip. Axar Patel then gobbled up Dom Sibley and Ben Stokes in quick succession, as England were left reeling at 30/4.

Ollie Pope was the next man to be dismissed. The right hander came down the track to Patel, but was beaten by the extra turn and bounce that the left-arm spinner got off the surface, and Rishabh Pant completed the rest behind the stumps. The final nail in England’s coffin was the wicket of Joe Root. The England skipper was struck on the pads off the bowling of Ashwin, and the umpire had no hesitation in raising the finger. Axar Patel then scalped the wickets of Ben Foakes and Dom Bess as England slipped to 111/8. Check this dream11 cricket tips and tricks. Read more how we predict matches.

The bespectacled Jack Leach was scalped by the wily Ashwin. The Tamil Nadu spinner tossed the delivery up to Leach, and the left hander edged the red cherry to Rahane, who pouched a stunner at slip. The last rites were completed after Ashwin castled Dan Lawrence to end England’s misery. With this victory, India have booked their tickets to Lord’s to take on Kane Williamson and his men in the final of the World Test Championship (WTC).