Home » News » India vs England: 50% crowd to be allowed for the second Test in Chennai

India vs England: 50% crowd to be allowed for the second Test in Chennai 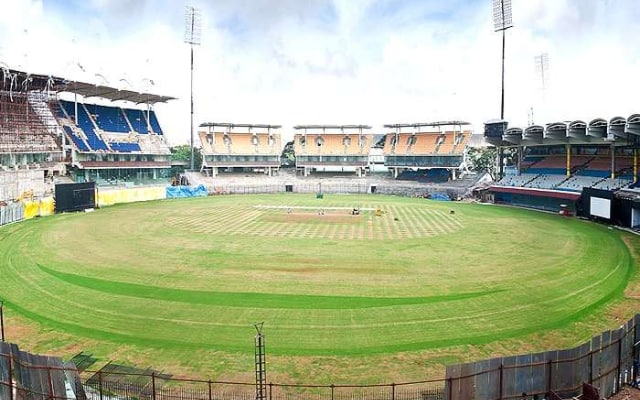 COVID-19 pandemic stunned the world and even cricket suffered a lot in 2020. Even after the sport resumed in June, there were no crowds allowed and maximum matches till now have been played behind closed doors. Crowds returned on 25-50% capacity during India’s tour of Australia and now there is good news for Indian fans as well. Here’s our full 1xbet india review. Read more to get more free tips.

With India’s home season finally commencing on February 5, the Board of Control for Cricket in India (BCCI) has decided to allow 50% fans in the stadium for the second Test in Chennai. The first Test, at the same venue, will still be played behind closed doors.

Though BCCI has permitted the Tamil Nadu Cricket Association (TNCA) to allow the crowd, they are waiting for the official confirmation. “The BCCI has communicated to us that fans can be allowed for the second Test. We are just waiting for official confirmation. The first Test will be played behind closed doors. It was too late to make arrangements for the first Test,” TNCA secretary RS Ramasaamy told Times of India.

TNCA secretary also informed that around 12000 to 15000 tickets will go up for sale for the second Test. The tickets close to the pavilion area and terrace enclosure will not be sold to make sure there is no public contact of the cricketers. “We will not have any seating in the pavilion and terrace stands to ensure that nobody comes close to the players’ area,” Ramasaamy added.

While the series is set to commence on February 5, the second Test will be played from February 13 at the Chepauk with the last two matches scheduled to be played at the Motera Stadium.  Check this free cricket betting tips online and learn how we predict match.