India vs England: Mohammed Shami and Navdeep Saini likely to be available for day-night Test 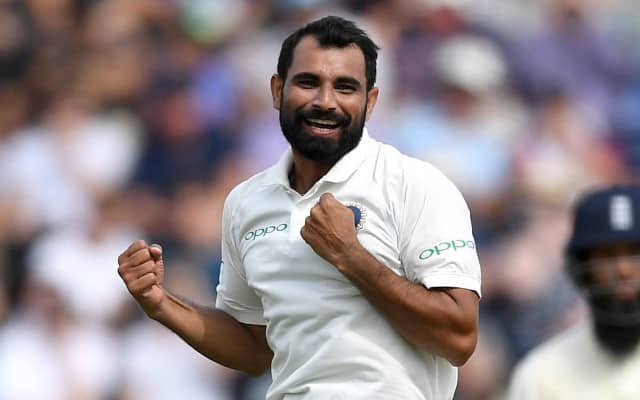 The Test series between India and England is a highly talked about one, and the series has so far lived up to the hype. While England thrashed India by 227 runs in the first Test at Chennai, it looks as if India will return the favor to the visitors in the second Test at the same venue. At Lunch on Day 4, England were tottering at 116/7 in their second innings, and India look all set to give a pounding to Joe Root and his men.

And now, in another week’s time, the two sides will move to Ahmedabad for the third Test, which will be a day and night affair and will be played with the pink ball. And, there is some good news coming in for the Indian team as two of their pacers, Mohammed Shami and Navdeep Saini have almost fully recovered and will be available for the Ahmedabad rubber. Do check our recent leovegas casino india review.

While Shami had injured his elbow after he received a nasty hit from Pat Cummins in the first Test at Adelaide, Saini had injured his groin in the third Test at Sydney. In fact, a BCCI source has revealed that Saini is currently at the National Cricket Academy (NCA) in Bengaluru. The source adds that he has been bowling at full throttle and has been asked by the management not to take part in the Vijay Hazare tournament and will join the side in Ahmedabad.

“Saini is currently at the National Cricket Academy (NCA) in Bengaluru. He has been bowling at full tilt. The Delhi selectors wanted to have his services for the Vijay Hazare Trophy but Saini was asked to stay back at NCA as he is likely to join the team in Ahmedabad,” revealed a BCCI source to TOI. The third Test will get underway on 24th February 2021. The cricket tips free are here. Get free tips and tricks from experts.