Home » News » India vs England: Sam Billings gets injured during the first ODI in Pune

India vs England: Sam Billings gets injured during the first ODI in Pune 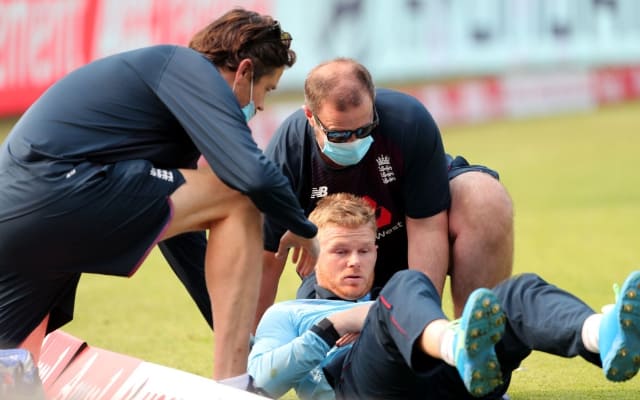 In international cricket, the competition is cut-throat. And, the cricketers sometimes even put their body on the line for their country. One such incident took place in the first ODI between India and England. During the 33rd over of the Indian innings, England cricketer Sam Billings dived in a bid to save the ball from going past the rope.

And, Billings suffered a nasty injury to his right shoulder. And now, news has come in that Billings has injured his collarbone in his desperate bid to save a boundary. The same was confirmed by the official Twitter handle of England cricket.  Read our parimatch 2021 review and get free tips from the experts.

“Update on Sam Billings. Bilbo has sprained his collar bone joint but this is not related to his previous shoulder injury. He’s receiving treatment and we are hopeful he will be able to bat later,” read the tweet from England cricket’s official handle.

The Indian side posted a challenging total of 317/5 on the board. The star performer for the Indian side with the willow was debutant Krunal Pandya. The left hander blasted a murderous 31 ball 58* to allow the Indian side to cross the 300-run mark. Even though Shikhar Dhawan scored a sedate 98, it was the elder Pandya’s blitzkrieg that allowed India to sail past the 300-run mark. Take a look our cricket betting tips today match. Read more what we can offer.

Also, the likes of KL Rahul and the legendary Virat Kohli scored half centuries. For the England side, the pick of the bowlers was Ben Stokes. In the 8 overs that he bowled, Stokes scalped 3 wickets and gave away just 34 runs. Meanwhile, it remains to be seen if Billings would be able to wield the willow in the first ODI for his country.