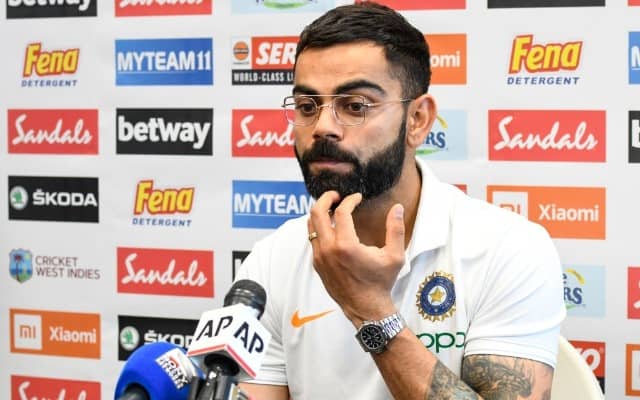 On the eve of the first Test against England, India skipper Virat Kohli has confirmed that Rohit Sharma and Shubman Gill would open for India in the first Test. In their last Test series which was against Australia, India tried out as many as three different combinations in four games. In the first Test, Prithvi Shaw and Mayank Agarwal opened the innings before the former was dropped. Take a look this recent 1xbet app review.

In the second Test, Shubman Gill made his debut and partnered Agarwal at the top of the order. For the third Test, Agarwal was dropped after two poor games as Rohit Sharma returned to the team. Rohit and Gill then opened the innings in the last two Tests and did well. And Kohli has confirmed that India would continue to stick with the Rohit-Gill combination for some time now.

Speaking to the media through a virtual press-conference, Kohli also stated that the team-management wants to give Rohit and Gill a longer rope, thus ruling out the possibility of Agarwal and Shaw getting a chance in the playing eleven any time soon.

“We’re looking forward to giving Rohit Sharma and Shubman Gill a long rope as openers. We look forward to good starts from them in all the Test matches we play,” said Kohli. Do check this free cricket betting tips uk and learn more how we predict matches.

Gill is reaping the rewards for his stellar display in Australia. The youngster scored 259 runs in three Tests with the help of two fifties including the 91-run knock in the Gabba Test that helped India chase down 328. Rohit, on the other hand, too looked in good touch and got the starts in three out of four innings, although he failed to make the chances count. The senior opener still managed to score one fifty.