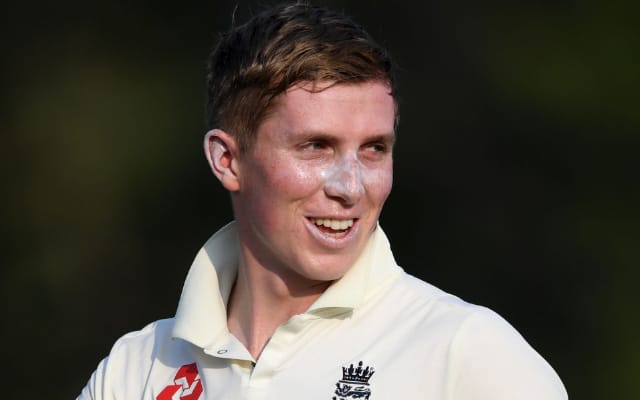 England batsman Zak Crawley has been ruled out of the first two Tests of the upcoming series against India due to a wrist injury. The England and Wales Cricket Board (ECB) announced the news on Thursday (February 4), just a day before the start of the first Test in Chennai. The right-handed batsman sustained the injury after slipping over at training.

Zak Crawley suffered the injury on Tuesday when he slipped on the marble floor while leaving the dressing rooms onto the field of play. A scan has subsequently shown Crawley jarred his right wrist, which has sprained the joint and led to local inflammation. The England medical team will continue to assess the progress of the 23-year old.  Check our most recent 1xbet online review and get free tips and tricks.

“Scan results have confirmed that Crawley has jarred his right wrist, which has sprained the joint and led to local inflammation. The Kent player sustained the injury during England’s practice in Chennai on Tuesday when he slipped on the marble floor leaving the dressing rooms onto the field of play. The England medical team will continue to assess his progress over the next few weeks,” the ECB said in a statement.

After opening the batting in Sri Lanka last month, Crawley was set to bat at number 3 in the first Test against India following the return of Rory Burns. Zak Crawley, who played a stunning knock of 267 against Pakistan while playing at number 3 last year, failed to deliver as an opener against Sri Lanka. In four innings, he managed to score only 35 runs and was dismissed by left-arm spinner Lasith Embuldeniya on all four occasions.  Check this online free cricket betting tips and tricks.

England squad for the first Test against India: