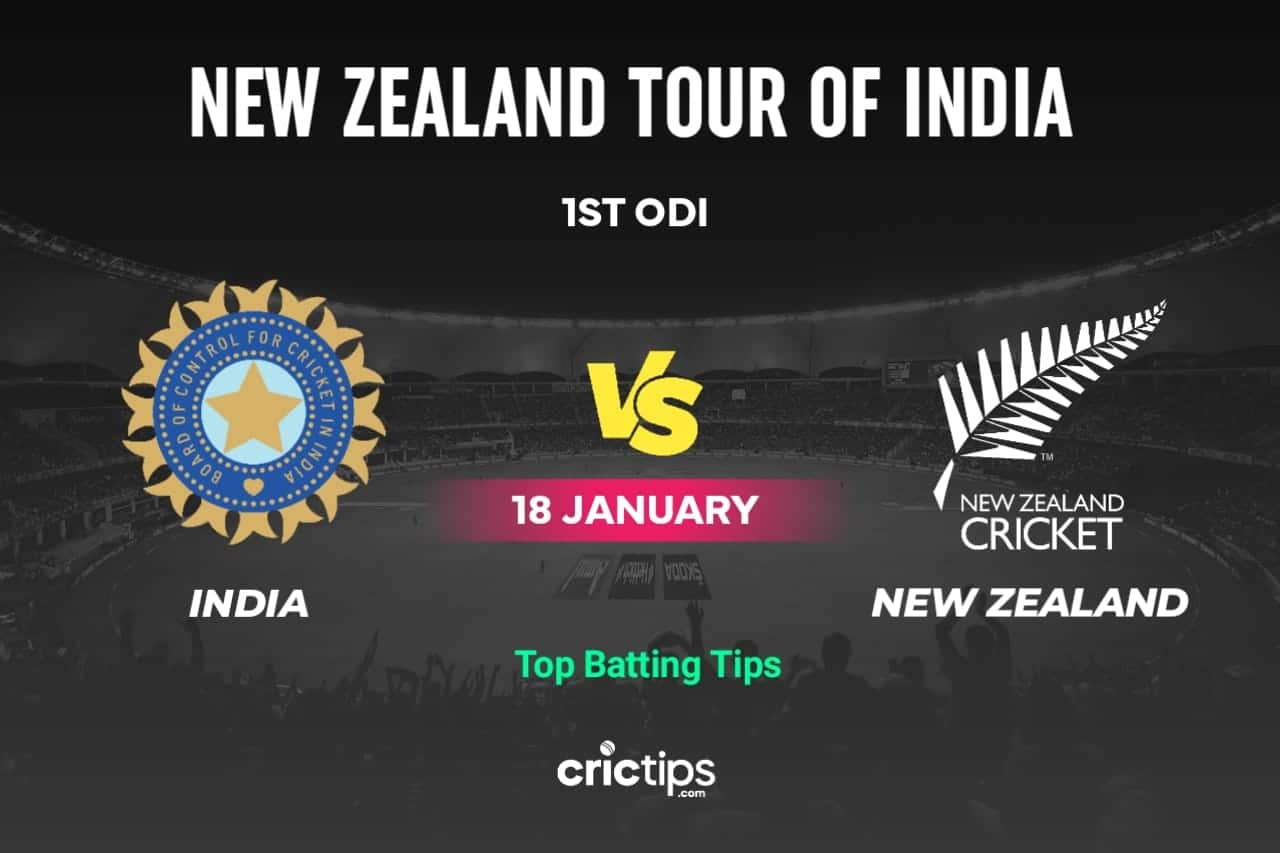 India vs New Zealand Betting Tips: New Zealand tour of India kick starts on Wednesday with the first One Day International scheduled at the Rajiv Gandhi International Stadium in Hyderabad on Wednesday, January 18. Both teams are expected to entertain the fans with nail-biting thrillers, as they will be buzzing with momentum and confidence.

India are coming into the series after hammering Sri Lanka by 3-0. It was a stunning performance by the host as they excelled in all three facets of the game, be it batting, bowling, or fielding. India won the first One Day International by 67 runs while their second win came by four wickets. India’s most comprehensive came in the last One Day International by a whopping 317 runs.

Speaking of New Zealand, they created history in Pakistan by winning the three-match ODI series by 2-1. The Kiwi nation made a poor start to the tour by losing the One Day International by six wickets. However, they were quick to turn the tables by winning the second and third matches by 79 runs and two wickets, respectively. The performance must have boosted the morale of the visitors, and they will be eager to play against India in the same manner.

Here we are discussing some betting tips for India vs New Zealand 1st ODI that might help you make good money.

After a dry run of three years, Virat Kohli has returned to form. He was absolutely phenomenal in the three-match series against Sri Lanka and won the player of the series award. Kohli smacked a whopping 283 runs in three matches, including two centuries at an average of 141.50.

New Zealand’s Devon Conway led from the front as his team created history in Pakistan. He ended the ODI series as New Zealand’s second-highest run-getter and fourth-highest overall. In three matches, Devon hammered 153 runs at an average of 51.00. The batter is likely to continue the momentum against India as well. He is well versed with the Indian pitches because of his participation in the Indian Premier League.

Mohammed Siraj has emerged as the golden bowler for the Indian team in the One Day Internationals. He made a lot of heads turn with his spectacular performance against Sri Lanka. Siraj picked nine wickets in three matches at an average of 10.22.

Michael Bracewell will be the player to watch out for as New Zealand will play against India in the first One Day International of the three-match series. The seamer was excellent during the Pakistan tour as he was the second-highest wicket-taker for his team. Southee scalped four wickets in three games at an average of 29.25.

New Zealand will have the momentum on their side but it will be a herculean task to beat India under home conditions. The Indian cricket team is unbeatable while playing in home conditions. Moreover, they will also be filled with momentum after defeating Sri Lanka by 3-0.