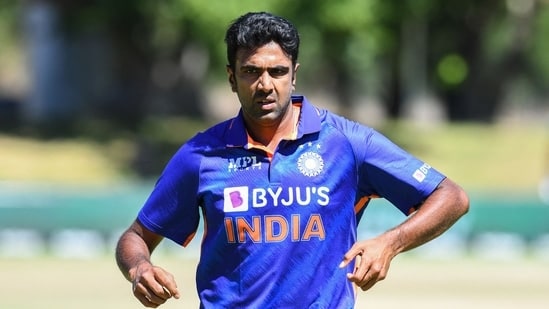 Sanju Samson has been really unfortunate to not find a place in playing 11 despite having some good knocks to his name. In last India vs New Zealand T20 series, he was part of the squad but did not appear in a single game. Hardik Pandya was questioned by the media on why the player wasn’t included and R Ashwin was pleased with the way the captain handled the question.

Hardik Pandya was captaining the side for India vs New Zealand T20. India won the series 1-0. The fans anticipated that Sanju might get a chance in playing XI after the Wellington match was called off owing to rain. However, the team was stern about going forward with Rishabh Pant. Answering the question on Sanju’s selection, Pandya had said that the player was well aware of the circumstances. It was not personal and he was open to discussing any issues anyone had on the team.

R Ashwin in his latest YouTube video said that he was impressed by Hardik Pandya’s manner of answering the tricky question. He even said that it was just like how Dhoni would have done it. “I don’t know if he wanted to say that in Thala Dhoni’s style because we all know that Hardik is super close to Thala Dhoni. He handled a tricky question that is always trending on social media very beautifully. So, kudos to Hardik. Hardik Pandya replicated what he did for Gujarat Titans with the bat. He came out with all guns blazing. That was the only reason the match got tied,” Ashwin said.

Hardik Pandya’s fortunes have turned since he took the captaincy for Gujarat Titans. Prior to the India vs New Zealand series, he was leading India vs Ireland. Both the series ended with a win for India. T20 World Cup failure has now left the management thinking about having different captains in each format and Hardik Pandya is likely to be the obvious choice. The player will not participate in the 3-match ODI series versus New Zealand. He will later come back after India’s Bangladesh tour.