Home » News » India vs New Zealand: Rishabh Pant Gets Trolled for Another Failure

India vs New Zealand: Rishabh Pant Gets Trolled for Another Failure 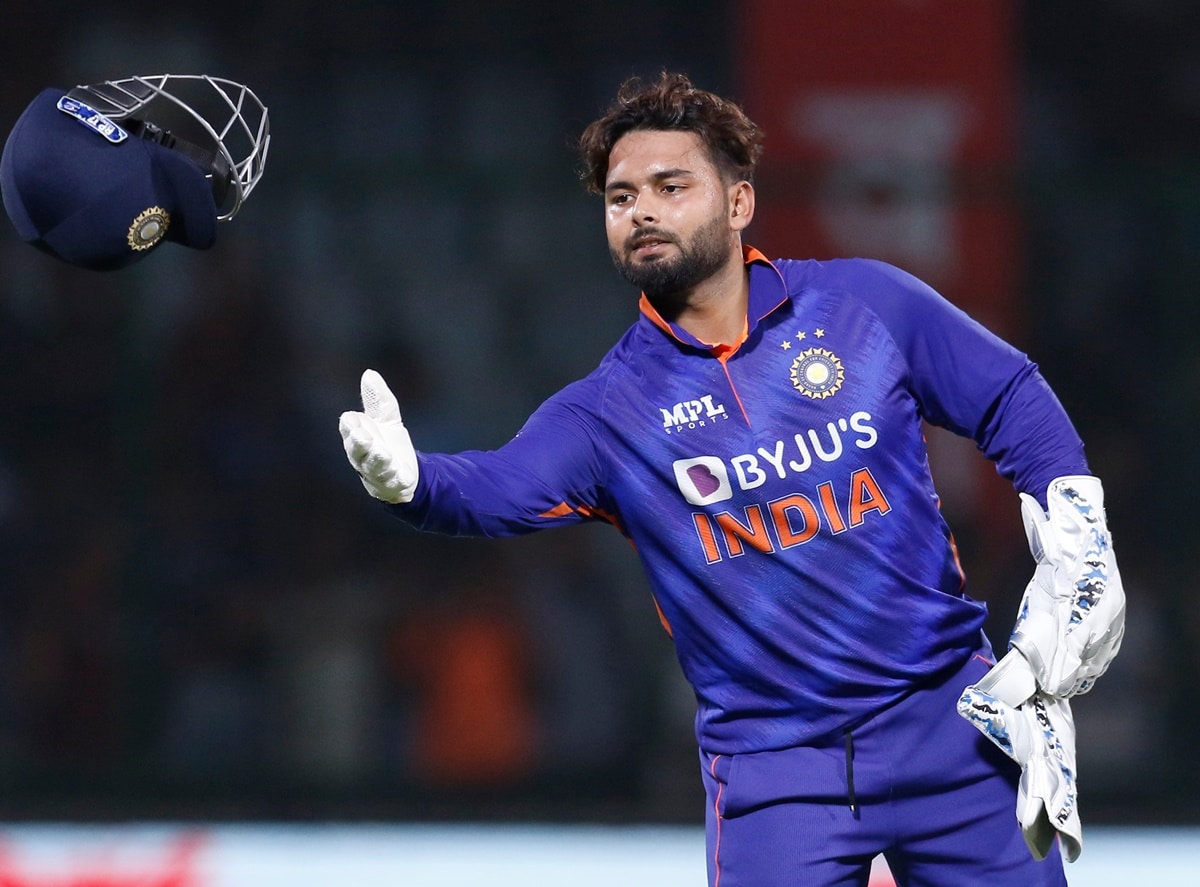 In the India vs New Zealand first ODI at Eden Park, New Zealand won the toss and Indian openers came out to bat. Sanju Samson, Umran Malik, and Shardul Thakur were included in the playing XI. The men in blue were opening with captain Shikhar Dhawan and Shubman Gill. Rishabh Pant who had opened for India in the T20 series returned to his number 4 spot.

Both Shubman Gill and Shikhar Dhawan had a great start with the openers scoring 50 and 72 runs respectively. India lost 2 quick wickets but Shreyas Iyer continuing his great touch in the ODIs was standing strong at one end. Rishabh Pant batting at 4 had a chance to shut down his critics with one decent performance but sadly, today wasn’t his day. In the 33rd over, Lockie Ferguson delivered a short ball around the off stump. Getting an underedge the ball hit the stumps and Pant had to walk back at the score of 15 runs.

While Rishabh Pant made an ODI century in England earlier this year, runs have been difficult for him. He has been at the receiving end of harsh criticisms. Former Indian player Reetinder Singh Sodhi, prior to the India vs New Zealand ODI series said, “He (Pant) is becoming a liability for Team India. If it’s like this, then bring in Sanju Samson. End of the day, you got to take that chance because you cannot afford to lose and exit in World Cup or ICC tournaments. When you give too many chances, problems arise. The time has come to provide opportunities to new guys.”

Rishabh Pant wasn’t the only one who failed in first India vs New Zealand game, Suryakumar Yadav and Sanju Samson were out under 40. Nonetheless, 3 half centuries from the top 3 of the team helped India reach a massive target of 306 runs losing 7 wickets. In the bowling department, Tim Southee and Lockie Ferguson took 3 wickets each. Fans, however, were not in the mood to spare Rishabh Pant and went all out trolling him.