IPL 2021: Hasaranga, Chameera yet to take permissions from SLC 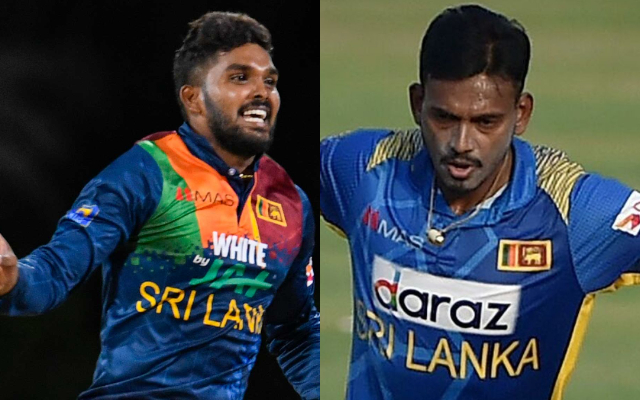 Sri Lanka Cricket Secretary Mohan de Silva has said that Wanindu Hasaranga and Dushmantha Chameera have yet not taken an official permission from the Sri Lanka Cricket Board (SLC). Both players were roped in by Royal Challengers Bangalore (RCB) for the second leg of IPL in UAE.

“I don’t know, I have to check. We are under lockdown till the end of the month,” de Silva told Cricbuzz. He further said that the board will make a decision on the players only when the application for no-objection certificates is made before them. “We have not taken any decision yet as they will have to apply for the NOCs. We are not aware of these players being selected, neither have they sought permission from us.”

The players were on the radar of the franchise after impressive outings in the limited-overs series against India. With several overseas stars like Finn Allen and Scott Kuggeleijn pulling out of the second leg, the franchise did not waste time in acquiring the services of Hasaranga and Chameera.

We have full review on ‘bet365 in india‘ and we can predict matches as well learn more about it here in our site.

RCB head coach Mike Hesson revealed that the franchise was keeping a keen eye on Wanindu Hasaranga for a long time.

“We’ve got an extensive scouting program and Wanindu’s certainly been on our radar for a long time,” Mike Hesson said on Saturday.

“In fact, when we needed a replacement last IPL, he was certainly a person we called upon. It’s certainly not a recency factor, we’re not surprised by his success in recent times, he’s been doing it for a while. As I said he’s a multi-skilled cricketer, he offers us an option to bat a little bit deeper if we choose to play the overseas spinner alongside Chahal.

We have bet365 cricket prediction if you want to know how we predict go to the right page where you can learn more about it.

“Chameera also, so another [from] Sri Lankan contingent. He’s bowling extremely well at the moment. He’s got genuine pace and his white-ball game has developed significantly.”