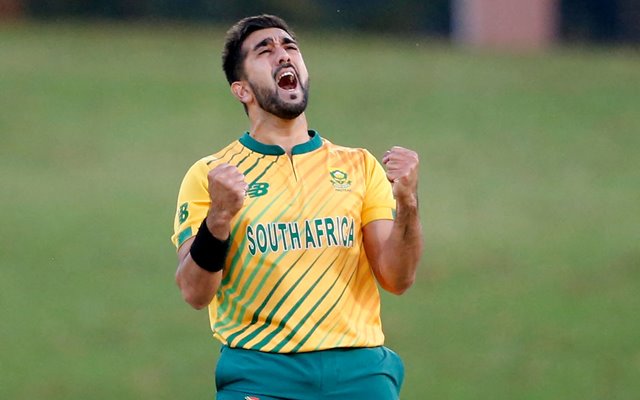 Rajasthan Royals have signed South Africa spinner Tabraiz Shamsi for the second leg of the Indian Premier League (IPL), set to be played from September 19 in the UAE. While most of the players are available for the second leg, few players have opted to withdraw their names from the reaming matches, thus the franchises are busy finding replacements for the lost players.

For Rajasthan Royals, Andrew Tye won’t be available in UAE thus the franchise roped in the No 1 T20I bowler – Tabraiz Shamsi. The conditions in UAE are favourable for spin bowling thus Rajasthan Royals seems to have hit the bull’s eye with the signing of Shamsi. The chinamen bowler has been in fine form of late, picking up 14 wickets in the last seven games.

We have full review on ‘bet365 link‘ and know what’s the best app to download.

Rajasthan Royals took to Twitter to confirm the development. The franchise posted four different images – magic wand, Akshay Kumar from Tees Maar Khan movie, school bus and a shoe, all of which were related to Shamsi’s celebration. The franchise then soon confirmed the signing of Shamsi.

Shamsi has previously played under Virat Kohli, for RCB in the 2016 season, picking three wickets in four games. Royals will also miss the services of Ben Stokes and Jos Buttler for the second leg. Rajasthan had won three of their seven games before the tournament was postponed.

If you are looking cricket prediction software free download do check here in our site.