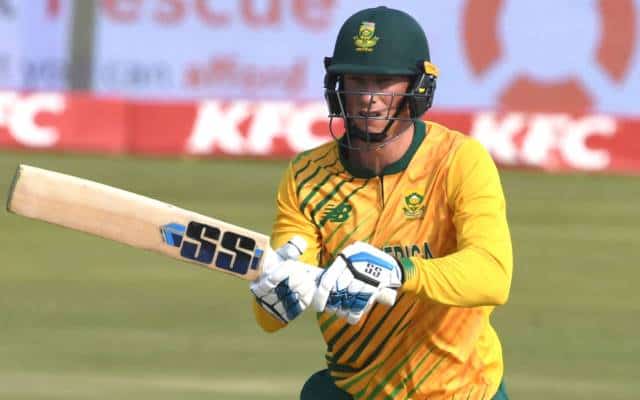 South Africa batsman Rassie van der Dussen is likely to play for the Rajasthan Royals in the ongoing Indian Premier League (IPL). The franchise is in trouble after their overseas recruits, Ben Stokes, Jofra Archer and Liam Livingstone, have been ruled out of the tournament for different reasons. The team is also struggling at the moment with three losses in four matches and are languishing at the bottom of the points table.

As for Van der Dussen, he recently featured in the home ODI and T20I series against Pakistan and was in exceptional form with the bat. According to the reports in ESPNCricinfo, he is currently awaiting his visa to cleared so that he can fly to India as soon as possible. It has also been reported that Rassie will have to clear the fitness test and it remains to be seen if he is indeed used as a replacement. Do check this betwinner india review.

Rassie van der Dussen was in excellent form in the ODI series against Pakistan where he managed to slam his maiden century in the format. He also played two T20Is scoring more than 80 runs and at a decent strike-rate of around 150. His addition into the Royals’ squad will solve a lot of problems for the franchise. Their overseas slots are currently limited and even they are not in greatest of form.  Check this uk cricket betting tips free. We also have application how to predict matches.

The Royals, meanwhile, are scheduled to play against the Kolkata Knight Riders (KKR) next on Saturday at the Wankhede Stadium. Dussen, even if he is signed as replacement, might not be available until the first week of May it seems given the current travel restrictions due to COVID-19.