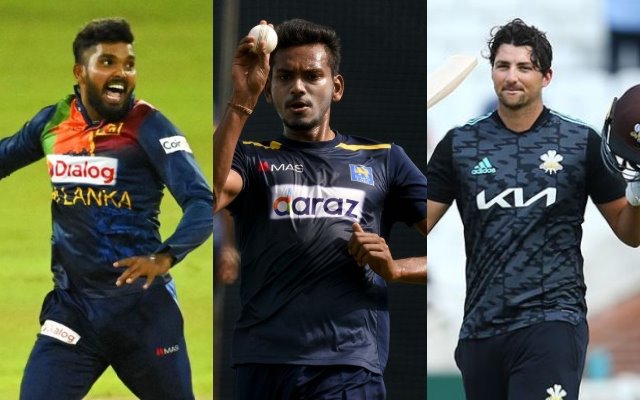 Royal Challengers Bangalore (RCB) have signed Sri Lankan duo Wanindu Hasaranga and Dushmantha Chameera for the UAE leg of the Indian Premier League (IPL) 2021. Apart from these two, RCB have also managed to acquire the services of Tim David. The IPL call-up is richly deserving for the Lankan duo who have performed brilliantly for the past three months or so.

Hasaranga had a breakthrough series against India wherein he picked eight wickets and was named Player of the Series. Meanwhile his Sri Lankan teammate Chameera managed to bowl with intent and aggression which earned him praise from Rahul Dravid.

David is fairly an unknown commodity but comes with a reputation of giving the ball a real whack which is evident by his strike rate of 155 in 49 T20 matches. RCB were forced to alter their squad due to Finn Allen and Scott Kuggeleijn being unavailable owing to the New Zealand tours of Bangladesh and Pakistan.

If you are looking  what’s the best ‘bet365 app android‘ do check here in our site. we have complete lists of betting app.

Apart from these two players even, Kane Richardson, Adam Zampa and Daniel Sams won’t be available for RCB in the UAE leg of IPL.

Meanwhile, RCB head coach Simon Katich has decided to step down from the position due to personal reasons. He will be replaced by RCB Director of Operations Mike Hessen. President and Head Rajesh Menon expressed his gratitude to Katich and wished him success in his future endeavours.

“As the season resumes in the UAE, it’s going to be an exciting chapter ahead. Simon Katich has decided to step down as the Head Coach of RCB, we would like to thank Katich for his work during his time at Royal Challengers and wish him success in the future. In the interim, Mike Hesson will step in and take charge of the duties of the Head coach until the end of the current season, in addition to his existing role of Director of Cricket,” he said according to RCB’s official website.

We have cricket prediction 365. Learn how we predict any upcoming matches by reading more here.