IPL 2022: 3 Players Kolkata Knight Riders (KKR) Can Use as Floaters in the 15th Edition 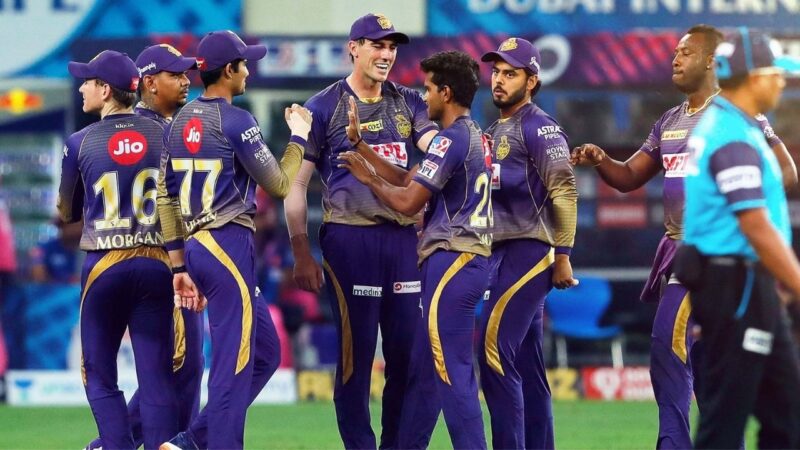 IPL 2022: One of the trends in the IPL 2022 auction was teams retaining their core group. Chennai Super Kings (CSK) did it to perfection and Kolkata Knight Riders (KKR) followed the route. KKR entered the IPL mega-auction with Andre Russell, Sunil Narine, Varun Chakravarthy, and Venkatesh Iyer on their roster.

Here are some IPL Cricket Betting Sites for the 2022 Season.

KKR’s playing XI looks pretty much sorted. That said, things have changed in a high-octane and unpredictable tournament, and Kolkata will look to make changes based on the situation. IPL teams that have flexible players and can adapt to any situation are the most successful ones.

In the past, KKR has done so by promoting bowling all-rounder Sunil Narine and Rana. Ahead of the marquee event, we take a look at three batsmen who KKR can use as floaters

IPL 2022: 3 players who can be slotted at different positions by KKR

Never write off Sunil Narine. If he is not contributing with the ball, he will definitely with the willow in hand. Narine in the early days was batting at no 7 or 8. However, his elite batting in the powerplay overs revolutionized T20 cricket when KKR decided to use him as a ‘pinch-hitter’ in 2017.

Since then, Narine has scored 724 runs as an opener in the IPL, with a strike rate of 177 and an average of 20 runs per dismissal. Narine’s performance as an opener in the IPL has deteriorated significantly. He struggled through the first four games of the 2020 season, as fast bowlers exploited his weaknesses against the short ball.

Narine, on the other hand, recently had an incredible run in the Bangladesh Premier League playoffs. After opening the batting for the Comilla Victorians, he scored 57 (16) in the semi-final and 57 (23) in the final. For today’s IPL Match Prediction, visit here on our site.

However, KKR’s opening with Narine seems unlikely as Venkatesh Iyer will partner with Alex Hales at the top. Hence, Narine may have to play the role of a finisher in the upcoming edition.

During the previous cycle (2018-21), Nitish Rana was one of the most consistent Indian batters. Rana initially started as a middle-order player following his debut in 2016. He has had much success batting at the number 3 position for KKR in the past. The southpaw has scored 580 runs in 26 innings with a strike rate of 133 and an average of 23.

Rana was promoted to open the batting in IPL 2020 and has adapted easily adapted to his role. Rana has opened 12 times in the IPL, scoring 437 runs at a strike rate of 134 and an average of 36. He has five half-centuries to his name.

Rana’s best opening performance came against the Delhi Capitals in 2020, when he made 81(53) after KKR had fallen to 42/3. This also happens to be his highest score in IPL. Opening the batting with Rana allows the team to strengthen their middle order. Instead of Sheldon Jackson, KKR could use Sam Billings, a more aggressive middle-order batter.

Venkatesh Iyer is proving to be a world class-all-rounder. The southpaw was drafted in as a replacement opener by KKR after their regular opener failed to deliver in IPL 2021. He had a tremendous season after scoring 370 runs in 10 innings with a strike rate of 128.27.

However, his role has changed in the Indian team. Venkatesh is primarily seen as a fast-bowling all-rounder who can do the finishing role. Venkatesh finished the recently concluded three-match T20I series against West Indies as India’s second-highest run-getter with 92 runs at a brilliant strike rate of 184.

The 29-year old architect turned cricketer has been so good at number 6 that cricketing pundits are rating him above Hardik Pandya. If he can do that for India, KKR can definitely use him as a floater. If Venkatesh is batting in the middle order, KKR can open with Narine who can change the game in the powerplay. Looking for more Cricket Tips? Check it out on our site and learn more about the upcoming match.