IPL 2022: 3 Players Sunrisers Hyderabad Can Try as a Floaters in the 2022 Season 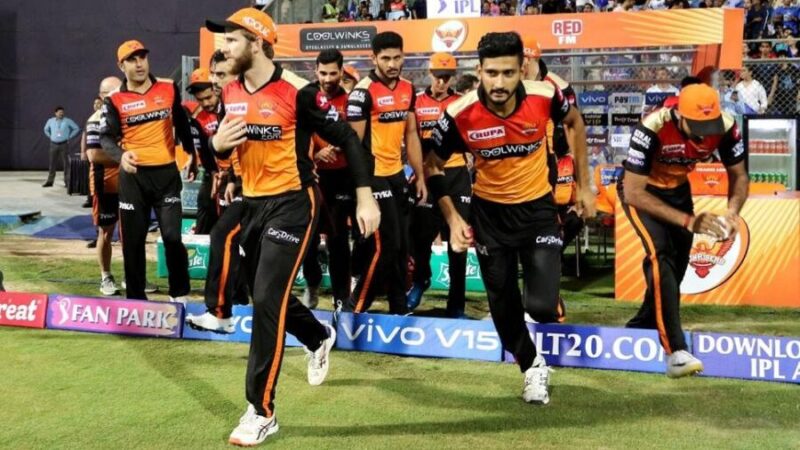 A total of 204 players were sold in the IPL 2022 auction, with an amount of 551 crores spent by ten franchises. And all the franchises tried to get the best players for their team. That’s the reason this auction saw so many players go to the amount of INR 10 crore. Here are the complete IPL Results for the 2022 Season and match predictions.

However, the 2016 IPL champion also ended up with some good buys in the auction. Sunrisers Hyderabad retained three players ahead of the auction: Kane Williamson, Abdul Samad, and Umran Malik.

SRH is looking strong in the bowling department, but the batting looks a bit inexperienced. But they have a few players who can adapt as per the match scenario and play the role of a floater. So here we will tell you three such players who can be destructive as floaters if given the chance.

IPL 2022: Three Players Sunrisers Hyderabad Can Try as a Floaters

Rahul Tripathi is one of the promising IPL talents who is a seasonal campaigner in the Indian Premier League. The right-hander made his debut for Rising Pune Supergiant in 2017 and was a member of KKR in 2020 and 2021.SRH needed a good Indian batsman. That’s the reason they bought him at a whopping amount of INR 8.5 crore and made him one of the costliest Indian uncapped players at the auction.

Tripathi was a consistent run-scorer for KKR, and now that he is with SRH, he could be the right option as a floater. He has opened the innings in the past and even batted at No. 6 as well. So, being an experienced IPL player, he can be used as a floater when required.

The 30-year-old has played 62 IPL games and made 1385 while playing in different positions in his IPL career. If you’re looking for Free Cricket Match Betting Tips, check it out here on our site and learn from the experts.

The hard-hitting wicket-keeper is the best choice for SRH if they want to use the player as a floater. Nicholas Pooran has shown in the recently concluded T20I series his worth that why he went for 10.75 crores at the auction. Sunrisers Hyderabad was very keen to get the West Indies batsman in their rank. Pooran can turn any game by his won.

He is an explosive middle-order batsman, but he has recently shown that he can bat in the top-order as well. But Pooran was used as a finisher by the Punjab Kings in 2020 and 2021, and he filled that role quite well as well. So skipper Kane Williamson would like to make the most of his form and use him as the situation demands. Nicholas Pooran has played 33 IPL games and has scored 606 runs at an explosive strike rate of 154.98.

The South African all-rounder made his IPL debut last season for the Punjab Kings. Sunrisers Hyderabad bought Aiden Markram for a price of INR 2.5 crore. And it was one of their best buys at such a low price. SRH knows the stability Markram provides to the team and he will be the first choice overseas player in the playing XI. He can handle both spin and fast bowlers with ease and is capable of changing his gears as per the requirements.

The all-rounder has batted as an opener for South Africa as well as at No. 5 for them. So if required, SRH can go for him as a floater. And with his international experience, he can achieve new heights under Williamson. And if the management is able to unleash the ability of Markram in the upcoming season, he is definitely capable of winning the match single-handedly for his team.

Read some reviews here about Mobile Bet365 and know about how betting works online.