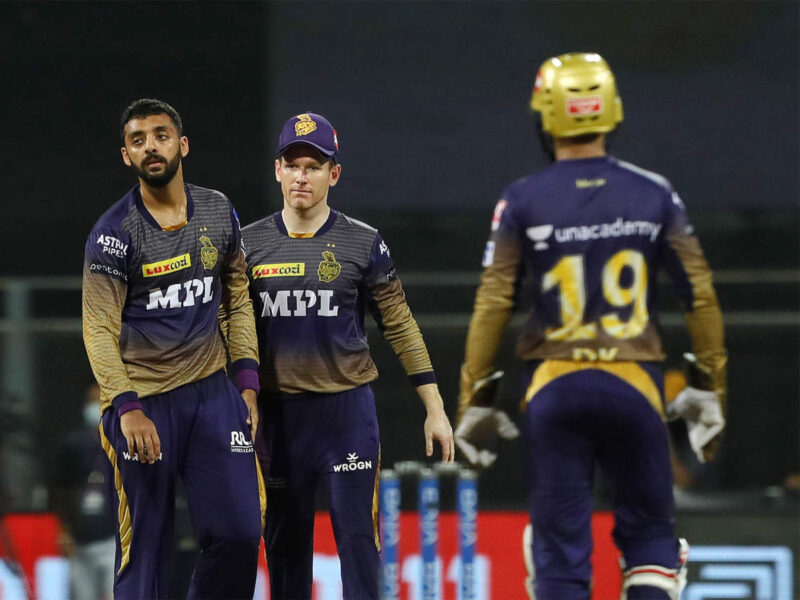 IPL 2022: One phrase that defines Kolkata Knight Riders is the never-dying attitude, something that was common in the Australians. Last year, KKR was down in the dumps with 2 wins from seven games, before the tournament got postponed. However, they had a tremendous run in the UAE leg and were inches from clinching the title. However, the team ran out of gas against the Chennai Super Kings in the finals.

KKR won the title in 2012 and 2014 under the leadership of Gautam Gambhir. Since then, they have reached the playoffs three times (2016, 2017, 2018). Eoin Morgan was there and thereabouts to lift the third title but failed in the final hurdle.

Ahead of the IPL 2022 mega auction, each team was allowed to retain four players. KKR had the best retention picks, but the Men in Purple fared poorly at the auction. With 56 crores, they retained the services of Andre Russell (INR 12 crores), Ventakesh Iyer (INR 8 crores), Varun Chakravarthy (INR 8 crores), and Sunil Narine (INR 6 crores) to form a squad around them.

In the auction, KKR retained the core from their run to the finals last season. They retained Nitish Rana (INR 8 crore) Shivam Mavi (INR 7.5 crore), Pat Cummins (INR 7.5 crore). They broke the bank to get Shreyas Iyer, who will lead the side in the 15th season. However, these retentions and picks depleted large chunks of their purse.

KKR was left with a lot of holes to fill. With Rahul Tripathi missing, the top order lacks the dynamism of last year. If they can fit Alex Hales at the top, then Sam Billings will have to miss out, thus making the middle order a bit vulnerable. With all that said, let us look at three glaring issues that can expose KKR in the 15th edition.

1) Lack of a established wicket-keeper

KKR couldn’t fill the void left by Dinesh Karthik. In fact, for much of the IPL 2022 auction, KKR was without a wicket-keeper, but they eventually signed two in Sheldon Jackson and Sam Billings. While both players have proven to be capable batters in recent years, they may not be the type of options an IPL team would want in their starting XI.

If Billings makes the cut, he will bat in the middle order. This will also mean KKR will have to leave out one among Narine, Cummins, or Hales. Jackson, on the other hand, is not an IPL tested wicket-keeper. He has only one good Syed Mushtaq Ali season to show for that matter. KKR definitely missed a trick here as they could have gone with some established names in the T20 circuit.

KKR have formed a good top order with both the Iyer, Rana, and Hales. While all the aforementioned names can accumulate tons of runs, they will eat up deliveries to get settled. Most of them can play the anchor’s role to build the innings. But none of them can play a match-defining inning at a rapid scoring rate. This might hinder them while chasing big totals and also putting up large totals on the scorecard.

While one might argue, KKR have the world’s best finisher in the form of Andre Russell. The West Indies all-rounder have been erratic, to say the least, the last couple of seasons and is injury prone. If Russell has another abysmal season, KKR will have a huge headache ahead of them.

3) No depth in the squad

KKR’s starting XI is limited in terms of flexibility. They will have to use Russell, Narine, and Cummins as three of their four overseas cricketers, with Venkatesh and Varun Chakravarthy filling in other roles.

If Russell and Narine do not fire or are injured, backups Chamika Karunaratne and Mohammad Nabi may not be able to save the franchise in crucial matches. There aren’t many big names on the bench, and KKR may struggle if their key players don’t hit form.