Home » News » IPL 2022: 3 Reasons Why Dinesh Karthik Can Be The Captain of Royal Challengers Bangalore (RCB)

IPL 2022: 3 Reasons Why Dinesh Karthik Can Be The Captain of Royal Challengers Bangalore (RCB) 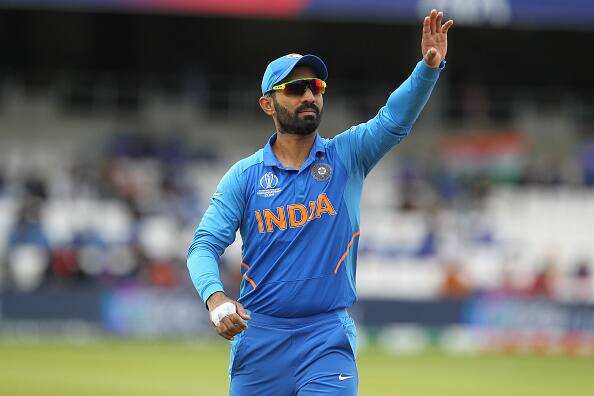 IPL 2022: Dinesh Karthik, the veteran wicket-keeper batsman, will return to Royal Challengers Bangalore in IPL 2022. Karthik was picked up by RCB at the IPL 2022 Auction in Bengaluru, after four seasons with the Kolkata Knight Riders (KKR). If you are looking for more IPL 2022 Season news updates, check it out here.

Karthik had previously played for RCB, having played his part in 2015. Glenn Maxwell and Faf du Plessis are the other two names to keep an eye out for at the table for captaincy. Three reasons why Karthik is the best candidate to lead the Royal Challengers in the IPL 2022:

3. Available throughout the Entire Season

There are fewer worries about Dinesh Karthik’s availability ahead of the IPL 2022 season. However, when it comes to one of their major players, Glenn Maxwell, this factor becomes significant. Maxwell has been rested for Australia’s white-ball squad of their Pakistan Tour.

He won’t be available until April 6, due to Cricket Australia’s rules prohibiting contracted players from playing in other competitions while an international series is in progress. But Maxwell, who is still one of the RCB’s top stars, is the favorite to take over as captain. However, it would be unwise for the franchise to take that route. Get the latest Online Betting Apps for IOS and Android here.

Dinesh Karthik has captained the Delhi Daredevils and Kolkata Knight Riders in the Indian Premier League. Karthik was particularly successful in the latter, leading a less strong team to the playoffs in 2018. KKR also had a strong start to the 2020 season, winning four of their first seven games.

However, Karthik handed the baton to Eoin Morgan, citing the need to concentrate on his batting. Karthik fits as the ideal choice, given his previous experience in the league and his success as the captain of Tamil Nadu over the years. RCB paid Rs 5.5 crore for Dinesh Karthik at the IPL 2022 mega auction.

1. An Indian Option for Captaincy

An Indian captain at the helm of an IPL squad is always a plus. With Karthik as captain, it will be ensured that the international players’ equation of the team is flexible for the duration of the IPL 2022 season. Consider Eoin Morgan’s experience with KKR last year.

Maxwell will also be able to play and complete his game without difficulty or hitches as a result of this. Last year, despite Eoin Morgan’s diminishing batting, KKR couldn’t afford to replace him in the starting lineup. Get more IPL Betting Tips from the experts here on our site.