IPL 2022: 5 Indian Players Who Have Set The Base Price Too High 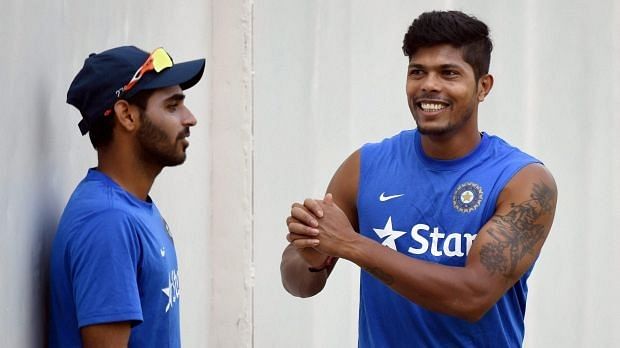 IPL 2022 will be the beginning of a new era in India’s T20 cricket league. First of all, it will have two new teams and a total of 10 teams will be locking their horns for the trophy. Lucknow and Ahmedabad, two new franchises, have already announced their primary players. Rest 8 regular teams have also declared their retained players for the upcoming tournament.

Another reason that it’s the beginning of a new dawn is that there will be some big changes in all the regular squads after a long time. The retained players will justify their retention and new players who will join through the mega auctions will have to justify their purchase price. IPL fans will witness some new partnerships and bowling attacks in their favorite team.

One more reason for IPL’s new beginning will be the fresh faces in the league. Looking at the amount of talent in the recent past in India, there is a possibility that IPL 2022 will have countless new faces. It will motivate these new players to perform at their best and strengthen their future prospects.

In this article, we have compiled a list of 5 Indian players, who have set their base price too high. Analyzing their performance in recent times, these players should have registered themselves in a lesser cost segment.

Kedar Jadhav was one of the most prominent all-rounders at one point in IPL. In the beginning, Jadhav was a part of RCB’s developmental squad. In 2010, he got his contract from Delhi Daredevils made an immediate impact as he scored a 29-ball 50 for Delhi against RCB on his IPL debut. Jadhav became the talk of the town after that and was a part of the 2019 World Cup squad. There was a sudden dip in performance after the tournament. Jadhav’s performance continued to downhill after that. At the age of 36 and considering his last year’s performance, it looks difficult that Jadhav will get a good deal more than his base price. Here’s our daily betting tips in hindi.

It is so disheartening to see the decline of one of India’s top-class bowlers in Indian cricket. There is no doubt that Bhuvneshwar Kumar is one of the most hardworking and talented pacer team India has ever seen. His disciplined line and length and pace as no match.

Bhuvneshwar Kumar is considered the Sultan of Swing in India. However, in the past year, Bhuvneshwar is missing some quality performances from his name. He hasn’t performed well enough in the IPL 2021 season and in international cricket. Because of the same reason, Bhuvneshwar Kumar has not been named in the ODI squad of India who will face the West Indies this month. 2 Crore segment is a bit higher for the Indian pacer this year and he might find it difficult to get a good deal out of the mega auction.

After 7 years of service with Mumbai Indians, Ambati Rayudu made his big jump to Chennai Super Kings in 2018. This was a big risk from the batsman as he was not in a good form. However, 2018 marked his comeback year and made a major contribution towards CSK’s win in 2018.

Stabilizing the middle order with his expertise, he has often swung the game to his side’s favor. In 12 seasons of IPL, Rayudu has scored 3916 runs for MI and CSK. Although at the age of 36 and considering his last year’s performance, Rayudu’s base price is a bit higher. There are a lot of young options for the teams to bid for and Rayudu might be comparatively expensive.

An epitome of the rags to riches story, the 34-year-old pacer has come a long way. Umesh Yadav has been part of DC, KKR, and RCB. He has been an efficient bowler for all three franchises. It was observed that he is not an efficient death-over bowler who can bowl with a good pace but still was economical in the T20 format. Umesh is an integral part of India’s Test squad but not the limited-overs team.

With an increase in age, the pacer’s speed has reduced and he won’t be suitable for the T20 format soon. In IPL 2022 mega auctions, teams will be looking to buy players from a long-term perspective. Umesh has defiantly made a wrong decision to register himself at a 2 Crore base price.

Ishant Sharma made his debut for team India in 2017 and has been playing with the team for 15 years. At the time of his debut, Sharma was a consistent performer with a speed of 140 kmph. he became a crucial member of team India’s Test squad in his prime years.

In the limited-overs format of the game, Ishant has not seen much of a success. In IPL as well, he has maintained an economy of 8.09 with 73 wickets since his debut for the league. With his inconsistency in the previous seasons by playing only 4 matches in the last two seasons, INR 2 Crore base price looks too costly for the pacer. Are you looking for free cricket prediction sites? then do check all trusted sites here.