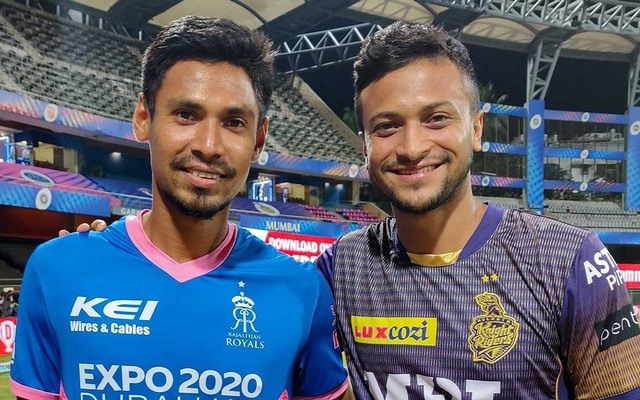 IPL 2022: As the IPL mega auction is getting closer every day, few players will be expecting a big deal from the IPL mega auction. Since the finalization of the mega auction date, players from across the globe must be motivated to perform at their best, precisely in the T20 format of cricket. In recent news from domestic cricket, Bangladesh Premier League is making headlines on daily basis.

BPL came into existence in 2012 with 6 teams. The first season started well but soon it attracted a match-fixing controversy. However, as the league proceeded with more seasons, Bangladeshi cricket started to observe a huge change. It saw a huge amount of local talent coming in for the league. This directly helped the national cricket team of Bangladesh. If you want more IPL betting tips. Read more here.

IPL mega auction will see a good lineup of overseas players. The Indian domestic league has viewership around the globe and that is because of the quality of talent. It will see some quality talent from Bangladesh as well. In this article, we have compiled a list of 5 players from BPL, who might get a good deal in the IPL 2022 mega auction.

A veteran cricketer from Bangladesh, Mahmudullah, is a known all-rounder and has been playing for his country since 2009. He is a known name in Bangladesh Premier League, Pakistan Premier League, and Carribien Premier League. With 4469 runs and 78 wickets in ODI format, Mahmudullah will be motivated to perform in BPL to get a good deal in IPL mega auctions. He is an experienced player in domestic leagues and can prove to be a good all-rounder with proven credentials as a middle-order batter.

Mehidy Hasan is a 24-year-old young cricketer from Bangladesh who is making headlines with his performances in ODI and T20 formats for the Bangladesh team. He is an exceptionally talented all-rounder who has appeared in 13 T20 games. Hasan is also an important player in BPL. Looking at his last year’s stats, there will be some franchises who might bid a big number for the youngster. Get some free cricket tips and tricks here in our website.

The left-arm fast-medium bowler from Bangladesh, Mustafizur Rehman, has already played in IPL. He begin his IPL journey in 2015 with Sunrisers Hyderabad. In 2018 he joined Mumbai Indians and remained there for 2 years. Rehman joined Rajasthan Royals in 2021 but unfortunately, the player was not retained by the team.

In IPL 2021, Rehman played 14 matches with the Royals and picked up 14 wickets with an average of 31.14. For Bangladesh cricket, he has proven an asset to the team. In a lot of fixtures, Rehman has proven a match-winner for his national team.

Shakib Al Hasan is one of the greatest all-rounders Bangladesh cricket has ever produced. His aggressive left-handed batting style in the middle order controlled slow left-arm orthodox bowling has made him a consistent player for Bangladesh. He made his debut in 2011 for Kolkata Knight Riders in IPL and had a brilliant run with the team for 6 years. In 2018, Shakib joined Sunrisers Hyderabad.

However, because of his exceptional talent, he was rehired by Kolkata Knight Riders in 2021. In 71 matches of IPL, he has scored 793 runs with an average of 19.82 and picked up 63 wickets with an average of 29.19. BPL 2022 will be a crucial tournament for Shakib to regain the eyes of the teams in IPL.

Surprisingly, even after so many achievements, he has not made his debut for IPL. There is a high possibility that the former skipper will be targeting to perform at his best in BPL 2022 so that he can make his debut for IPL.
We have our own accurate prediction for cricket, Just read more here.