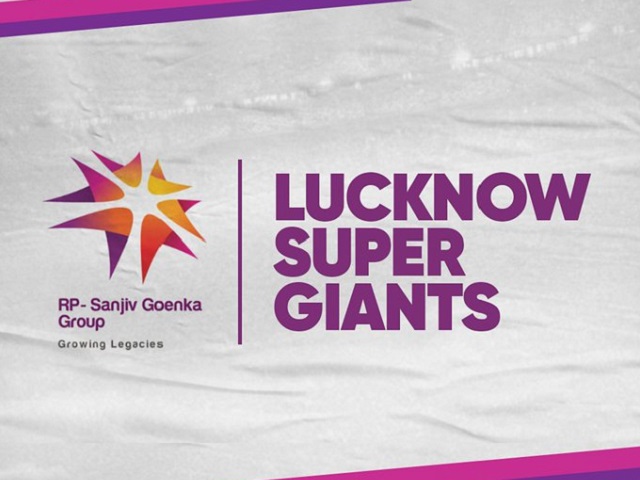 IPL 2022: Sanjiv Goenka’s RPSG group has owned an IPL franchise before. And their team mentor Gautam Gambhir had tasted IPL glory as Kolkata Knight Riders skipper in 2012 and 2014. Lucknow Supergiants invested Rs 10 crore on fast bowler Avesh Khan, making him the most expensive uncapped player of the auction. They followed it up by investing Rs 8.75 crore in West Indies bowling all-rounder Jason Holder. Remember, LSG also procured KL Rahul, Marcus Stoinis, and Ravi Bishnoi from the draft. So their complement of players, post the auction, is as exciting and enterprising as any in the IPL 2022.

Many cricket experts appreciate the management for their auction picks. They filled all the areas that were needed. For that, this franchise attracted more cricket fans than the Gujarat franchise. Everyone predicting that this side will go and compete hard. So we have compiled a list of 5 reasons on the basis of which Mumbai Indians can win the IPL 2022 trophy.

If it’s for the national team or franchise KL Rahul made his name always come as a run machine. KL Rahul has been one of the most prolific run-scorers in the last four IPL seasons. He has amassed 600+ runs in three of the four editions since 2018. The only season he didn’t cross the 600-run mark was in 2019 when he fell short by just seven runs. His opening partner Quinton de Kock has been equally consistent as well. He had middling numbers in the last season, with 297 runs at 29.70. But he amassed more than 500 runs in both IPL 2019 and 2020, and he will be eager to come up with similar returns for his new franchise.

His opening partner Quinton de Kock has been equally consistent as well. He had middling numbers in the last season, with 297 runs at 29.70. But he amassed more than 500 runs in both IPL 2019 and 2020, and he will be eager to come up with similar returns for his new franchise. An explosive left-hand batter like Evin Lewis can come in case Quinton de Kock has to sit out. Wicket-keeping duties can be handled by Rahul in that situation.

Lucknow’s pace bowling unit in particular looks terrific. The pairing of Mark Wood and Avesh Khan is going to be excellent. Both can be middle-over enforcers and can be equally good in the death overs. Avesh can be equally effective with the new ball as well. He had a really good season in IPL 2021, picking up 24 wickets at an average of 18.75. West Indies Jason Holder will lead their new-ball attack. He doesn’t have the pace like Wood and Avesh but he adds a different dimension to the bowling attack with his ability to strike with the new ball. He is equally effective in the middle-overs with his change of pace on slower decks.

The spin attack will be led by young Indian leg-spinner Ravi Bishnoi, with Krunal Pandya and Krishnappa Gowtham acting as the support spinners. Bishnoi has impressed within a very short period of time with his ability to pick up wickets and contain runs at the same time. In 23 IPL matches so far, the 21-year-old has picked up 24 wickets at an excellent economy rate of 6.96.

There are a total of five players within the first XI itself who can contribute with both bat and ball, thus adding to the all-around value of the side. All three of Krunal Pandya, Marcus Stoinis, and Jason Holder, who make up Lucknow’s late middle-order, are capable of playing an active roles as bowlers. Krishnappa Gowtham can send the ball a fair distance along with bowling off-breaks as well. Deepak Hooda can bowl some part-time off-spin, too, if needed.

It is also safe to say that they have one of the experienced Indian top and middle order in the tournament with KL Rahul, Manish Pandey, Krunal Pandya, Deepak Hooda, K Gowtham. They all have the potential to be match-winners in their own right and that reduces the dependence on their overseas stars to create an impact. The former SRH player Manish Pandey had a relatively dull IPL 2021 and Gambhir can be expected to revive him into rewinding to the Kolkata Knight Riders’ days.

The late middle-order also looks really good with the likes of Marcus Stoinis, Jason Holder and Krunal Pandya there. All three have loads of experience when it comes to batting in those positions and situations. Stoinis and Krunal can float in the batting order depending on the skill set required. Krunal can be promoted in case Lucknow needs someone to take on the spinners whereas Stoinis can go ahead in case they need a pace-hitter in the final 10 overs. Holder can also be an effective spin-hitter with his long levers.

If we see observe all the other franchises the one common thing we can find is that no one has quality backups. Most of them have underperformers as their backup or young players. But this thing is applying in this franchise because they managed to bag some good quality players in their squad. Lucknow has covered Mark Wood with a really good backup in Dushmantha Chimera. The Sri Lankan pacer clock speeds above 140 kmph as well. In case Wood needs to sit out with an injury or due to any other reason, Chameera ensures that they are not compromising on quality.

Kyle Mayers has also been picked as a backup for Marcus Stoinis. Even though Mayers isn’t as popular a name as other players out there, he brings the same pace-hitting ability to the table as Stoinis and can bowl some overs of medium-pace as well, if needed. Ankit Rajpoot and Mohsin Khan are decent Indian backups for Avesh Khan as well whereas Shahbaz Nadeem can be an effective spinner, too, whenever needed.