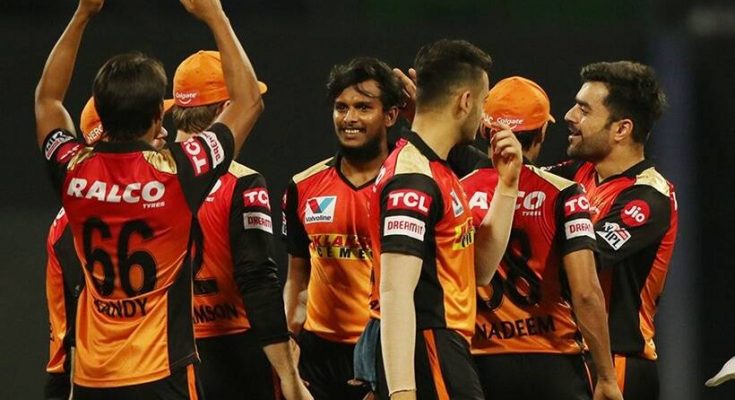 IPL 2022: IPL 2021 was overall a successful event but one team which had a devastating experience last year was Sunrisers Hyderabad. Not only did they finish last, but Sunrisers also lost one of their crucial player David Warner from the team. The sudden outburst between the management and the player was not received positively by the fans. The 2021 season of IPL was a nightmare for the franchise and they would like to forget it as soon as possible. Read more here for more IPL 2022 Match news and updates.

During the IPL 2022 mega auction, the team was designated with a huge task to find a=out a replacement for David Warner. They had a very slow start of the auction on day 1. The think tanks of the team were very calculative. Hyderabad’s focus during the auction was mainly to have some strong opening batsmen and all-rounders.

After the end of the second day, SRH made a strong squad with a mix of some old and new players. They have shown trust in their old players like Bhuvneshwar Kumar, and Priyam Garg. With Kane Williamson as the new leader, SRH has one of the most balanced squads for IPL 2022.

In this article, we will look at 5 primary factors, because of which they can win the IPL 2022 trophy.

Sunrisers Hyderabad has no doubt about the leadership skills of Kane Williamson. After sacking David Warner during IPL 2021 campaign, Williamson became the go-to man for Hyderabad. It was all made possible because Williamson is a strong leader and has proven credentials while leading the Kiwis.

Under the leadership of Kane, New Zealand won the first-ever WTC championship. Williamson also took his team to the finals of the ICC T20 World Cup in 2021. He is a master of T20 cricket and can take his team out of any unexpected situation. Williamson is a mastermind in using his squad and knows which player to use at what time.

SRH has made a wise choice by picking up some of the best names in their middle-order squad. The reason for their slow start on day 1 was that their priority was to have the best middle-order players. They have names like Nicholas Pooran, Glenn Phillips supported by allrounder Washington Sundar expected to come at number 6.

Get the latest and legit online betting Apps here for IOS and Android.

Nicholas Pooran is a strong middle-order batsman and a skilled wicket-keeper. Hyderabad can use him at number 4 right after Kane Williamson. He can prove to be a support for Kane to score big runs and not play under pressure. Glenn Phillips is known for his death over specialty and hard-hitting abilities.

It will great to see India’s own Washington Sundar being part of SRH in IPL 2022. He is a strong lower-order batsman and can be crucial to play death overs. Sundar has been part of IPL since 2017. In 42 appearances as a batsman, he has scored 217 runs while painting an average of 13.56 and a strike rate of 111.28.

In IPL 2021, while playing for RCB, Sundar contributed in 6 fixtures and picked up 3 wickets at an economy of 3.37. With the support of SRH’s retained player, Abdul Samad, the pair can prove to be match-winning for SRH.

After IPL 2022 mega auctions, Sunrisers Hyderabad has cleared their intentions that they are more dependent on domestic talent. There are comparatively very less names SRH has bought from the overseas pool. Rahul Tripathi, Abhishek Sharma, Shreyas Goyal, Abdul Samad, Kartik Goyal, and T Natrajan are experienced domestic players and have played really well in domestic tournaments.

The experience of the domestic talent will help SRH and Kane Williamson to make some decisions during the match. Domestic players understand the pitch better than the overseas cricketers.

IPL mega auctions have given a good benefit to Sunrisers Hyderabad as they have completely changed their pace attack. While the franchise has shown their trust in Bhuvneshwar Kumar and Umran Malik, they have also hired the services of T Natrajan and Kartik Tyagi. Both the pacers performed exceptionally well in the domestic tournaments.

In recent times, Bhuvneshwar Kumar has been out of form but SRH is not worried about it. In case Kumar’s pace is out of order, they have backup options like Sean Abbott and Romario Shepherd. before the beginning of IPL 2022, Kumar has some time to work on his skills to make a comeback.