Home » News » IPL 2022: 5 Superstar Cricketers Who Might Not Get A Deal in Mega Auction

IPL 2022: 5 Superstar Cricketers Who Might Not Get A Deal in Mega Auction 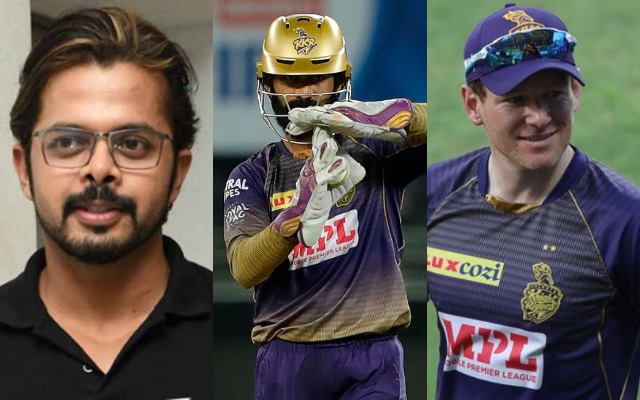 IPL 2022: BCCI and IPL committee is all set to go ahead with IPL mega auction in February. The event is scheduled to take place on the 12th and 13th of the month. According to the list released by BCCI, a total of 1214 players have registered to go down the hammer. These players are a mixed bunch of overseas and domestic cricketers. There will be a few names who will be hoping to get a higher price than the registered base price.

The introduction of two new teams has made things exciting for the IPL fans. These two new teams will contest with 8 regular franchises and will try to buy some of the best cricketers in the world. Respective scouts of all the 10 teams have submitted their reports as per the requirement.

However, there will be few players, who are superstars in global media but won’t be able to get a deal from the mega auction. In this article, we have compiled a list of 5 superstar cricketers who might go unsold during the mega-auction. Here’s our today match prediction of IPL 2022. Get the latest news here.

IPL 2022: Superstar Cricketers Who Might Go Home Without an IPL 2022 Contract

Ishant Sharma is the veteran Indian pacer for team India since 2007. He made his IPL debut in 2008 with Kolkata Knight Riders. Sharma is a crucial player for India’s test team right now. However, his last IPL season and his recent form have seen a sudden dip.

Sharma has not been part of India’s white-ball scheme of things for some time now and did not play in South Africa despite being in the Test squad. having so many better options in the draft, there is a possibility that he might not see a contract in IPL mega auction.

Piyush Chawla is one of the most successful spinners in the Indian Premier League. He is the fourth-highest wicket-taker in IPL after Lasith Malinga, Dwayne Bravo, and Amit Mishra. In 165 matches, Chawla has picked up 157 wickets.

In IPL 2021, Chawla just played one match with Mumbai Indians and was not at all successful. He is already out of the national team and has not played any cricket in the past year. All the IPL teams would like to buy someone who is in form and has the flow of bowling for the past year.

If given a chance, every critic of Indian cricket would like to advise Rahane to stay away from Indian cricket. This change has occurred after his constant below-average performance in international cricket. After getting a release from Delhi Capitals, Rahane has registered himself under a 1 Crore slab for mega auction.

His IPL 2021 record was poor and in IPL 2020 as well his contribution to the team was below average. All the IPL teams have much better options in the same slab as Rahane to bid for and the list has more deserving players.

Eoin Morgan is one of the brilliant T20 players which sports have seen in the recent past. He is also responsible to take England’s limited over cricket to new heights. Morgan’s leadership skills were visible in last year’s IPL tournament where he took Kolkata Knight Riders to the finals.

However, his individual contribution was completely missing from the tournament. In 17 matches, he just scored 133 runs at a strike rate of 95. This is a below-average performance from a batsman like Morgan. He has registered himself in a slab of 1.5 Crore and no team would like to spend this much money on a player like Eoin Morgan. If you are looking prediction for cricket then read more here in our site.

Jaydev Unadkat made headlines in the 2017 edition of IPL by becoming the highest wicket-taker of the tournament. The 2017 Purple Cap holder was not at all effective for Rajasthan Royals in the last two seasons of IPL. Unadkat has only taken 29 wickets in 39 games across four seasons for RR. In IPL 2021, Jaydev just appeared for 6 games in the tournament and scalped 4 wickets at an economy of 7.64.

In IPL 2020, he was part of just 7 games for Rajasthan Royals and couldn’t pick up more than 4 wickets at an economy of 9.91. Unadkat is now a forgotten hero and won’t be able to get any deal from IPL 2022 mega auction.
Read our free cricket bet tips and learn how to bet safely.