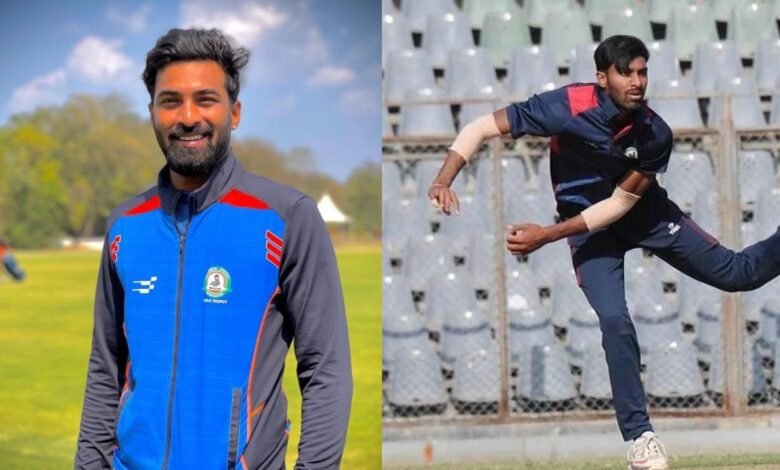 IPL 2022: Since its inception, IPL is responsible to give a platform to some young talented players from India. It has helped a lot of young stars to get their names registered for the national team. For all the young players who have performed exceptionally well at the domestic level, IPL has become a stepping stone for them.

There is no doubt that IPL has become one of the biggest T20 cricket leagues in the world. Not only in terms of money, but IPL is also big in terms of the quality of players. Every year it attracts international talent to play on Indian grounds. Similarly, it gives motivation to a lot of domestic cricketers to perform well enough to get selected for an IPL team.

Because of the involvement of some big international players, IPL has eyes from international media as well. As a youngster, if you perform at your best, the chances are higher to get highlighted. In turn, it will help you get an official contract with team India. There is also a possibility to get a higher salary in the next season of IPL. It is like a simple mathematics problem with a step-by-step solution. Here’s the latest update of bbl schedule 2022.

In this article, we have compiled a list of 5 domestic youngsters who might make a debut for an IPL team in 2022.

IPL 2022: 5 Uncapped Indian Players Might Be Sold in Mega Auction

The 24-year-old Arzan Nagwaswalla made headlines by getting selected for the WTC finals against New Zealand in 2021. He is a brilliant pacer who made his debut in 1st class cricket in 2018. Nagwaswalla has played 18 1st class matches and in 31 innings he has picked up 67 wickets with an economy of 3.06.

In these 18 matches, Nagwaswalla has recorded four 4 wicket halls and four 5 wicket halls. The youngster has pace and discipline in his bowling that can be useful for any team in the 2022 edition of IPL. Nagwaswalla also has a good T20 record. He has played 20 matches and has picked up 28 wickets with an economy of 6.91. These numbers are not easy to achieve. Check our online cricket match betting tips. See more here.

Baba Aparajith is one of the hard-working players in domestic cricket. He is 27-year-old and considering his age he would have made his IPL debut already. All thanks to his perseverance, the selectors have finally taken note of his brilliant performances. Baba made his 1st class cricket debut in 2011 and his T20 debut in 2013. It was because of his inconsistent performances, Baba couldn’t get in the eyes of scouts from IPL.

In the TNPL tournament, this young player had a brilliant run last year. He was a member of the Chennai Super Kings squad in the Indian Premier League for five seasons but had not been picked to play a single match. 2022 might be the year where he might make his debut in the tournament.

There are very few bowlers who are ambidextrous and can do magical things with both hands. Akshay Karnewar is one of those bowlers from India. Another quality of Akshay is his ability to play big hits in the lower order. He can be a crucial all-rounder for a team in the T20 format. He has also been in good form in recent domestic tournaments.

After 5 years of 1st class cricket, Akshay has finally attracted some attention from the IPL scouts. In the 2021–22 Syed Mushtaq Ali Trophy match between Vidarbha and Manipur, Karnewar became the first bowler to bowl four overs in a Twenty20 cricket match without conceding a run. This is defiantly a positive sign for the player.

In 15 T20 matches, Tilak has scored 381 runs with three half-centuries. His strike rate was recorded at 143.8 with an average of 29.3. As compared to the most debutant in the history of IPL, Tilak is young but can be useful in some fixtures of the tournament. There are two new teams in IPL this year and they might look for Tilak as a good backup player.

Anyone who follows Indian domestic cricket would know the talent of R Sai Kishore. The Slow left-arm orthodox from Chennai made headlines after a selection as a net bowler for the Sri Lanka tour in 2021. This selection of R Sai Kishore came because of his exceptional performance at the TNPL trophy. In the 2020 IPL auction, he was bought by the Chennai Super Kings ahead of the 2020 Indian Premier League. However, he was not used at all by the team. Here’s our honest cricket match prediction today.