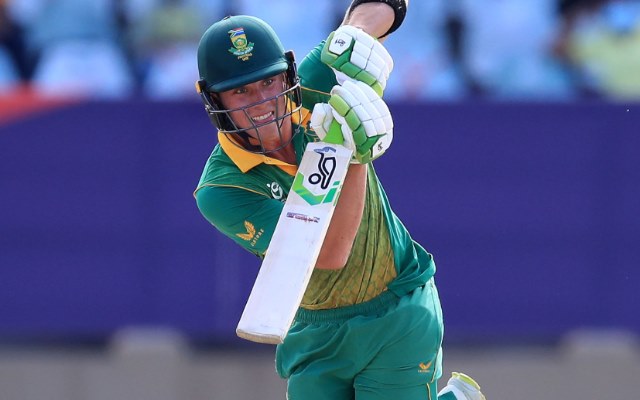 IPL 2022: The much-awaited auction of the IPL 2022 mega auction has come to an end. All the teams have bought their desired players and have somewhere their fate has been decided. BCCI and IPL committee did a fantastic job by accommodating 590 players to go under the hammer. Among these 590 players, more than 200 players have signed a contract with their respective teams. Here’s the complete IPL team list for the 2022 Season.

The upcoming IPL tournament will be the 15th season of India’s own T20 cricket league. BCCI has made it official that from now on, it will be a ten-team affair. With the introduction of Lucknow Giants and Gujarat Titans, the tournament has become more exciting and the IPL trophy has become tougher to win. Last year’s champions, Chennai Super Kings, will be defending their title in IPL 2022.

Every time an IPL mega auction takes place, teams look forward to some new faces. Even without playing as full-time players, these players never lose out on an opportunity to showcase their talent. In this auction, many of the youngsters have got a chance to showcase their talent on a bigger stage of world cricket. All the respective teams have set aside a specific amount of money to sign some of the upcoming talents from across the globe.

In this article, we have compiled a list of 5 youngsters who might make it big in the IPl 2022 tournament.

Tilak Verma has made his first-class debut for Hyderabad in Ranji Trophy 2018-19 season and his T20 debut in SMAT 2019. He is a left-handed batsman who can also bowl right-arm off-break. If given a chance in 2022 or in the future, Tilak can prove himself an asset for MI. If you are looking for an online IPL betting site? Read more here.

The star of Jammu Kashmir domestic cricket made headlines recently when Kolkata Knight Riders signed him to play for the team. He became the third cricketer from Jammu and Kashmir to be picked in the Indian Premier League. Dar made his debut in IPL for Mumbai Indians in 2019 at the age of 17.

Unfortunately, he was banned for 2 years by BCCI because of his birth certificate issue. However, his 2-year sentence is over and now Dar will be seen in KKR jersey. His domestic credentials are strong and eventually, he might become a star at KKR.

There is no doubt that Indian cricket is full of young talent. The proof of that is the 5 world cup wins of team India’s U-19 team. Raj Bawa made his entry to big names in cricket after giving a splendid performance in the U-19 world cup final against England. Punjab Kings bought him for 2 Crore.

He took 4 wickets and scored 35 runs in the Under-19 finals earlier this month. Bawa helped India to lift up the trophy for the fifth time in ICC U-19 history. He was also the man of the match in the final game of the U-19 World Cup.

There is no doubt that playing under the leadership of MS Dhoni is every cricketer’s dream. He is a leader, mentor, and match-winning skipper. Rajvardhan Hangargekar has achieved his dream too soon but with pure hard work. In IPL 2022 mega auction, Hangargekar was bought by CSK for 1.5 Crore.

Hangargekar is a right-arm pacer who can set the speed gun on fire alongside being a handy pinch-hitter lower down the order. He was also instrumental in taking India U19 to glory this year. There was a literal bidding war between CSK and RCB to buy the youngster.

Mumbai Indians surprised everyone when they started their bid for the South African U-19 star Dewald Brevis. Brevis is the same youngster who was given the trophy for the player of the tournament for the ICC U-19 World Cup this year.

Dewald Brevis is an all-rounder. He is a right-handed batsman who can also bowl leg breaks. Brevis is so good as an all-rounder that he is nicknamed baby AB de Villers. Looking at his recent performance, Brevis is expected to be in starting XI of Mumbai Indians. Get the latest IPL betting tips for free and learn more from the experts.