Home » News » IPL 2022: 6 Associate Players That Should Be On IPL Teams Radar

IPL 2022: 6 Associate Players That Should Be On IPL Teams Radar 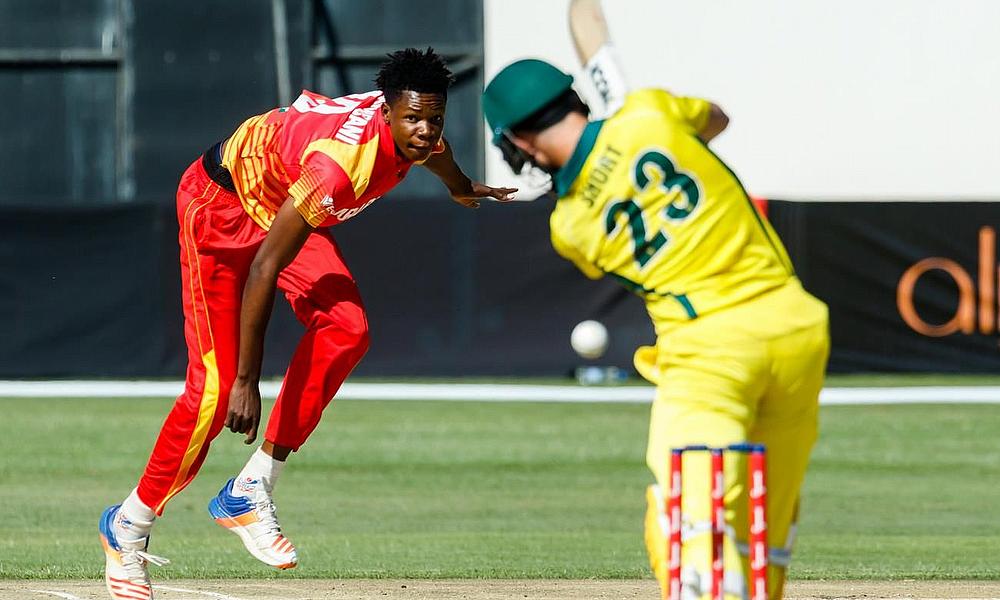 IPL 2022: The Indian Premier League provides players from all backgrounds a chance to make a name for themselves on the biggest stage. The opportunity to test oneself against the best in the world is not one that can be passed up easily.

Over the past 14 seasons of the IPL, unexpected stars have etched their names in IPL folklore, and in fans minds. Since the IPL follows the auction system, there is an equal opportunity for players to register their names. The spotlight and the economic aspect often-times appeal to players irrespective of their status.

The IPL has already had a taste of associate flavour. Rashid Khan, Ali Khan, and Ryan ten Doeschate are amongst the few that have represented smaller cricketing nations in front of millions.

For this list, we will specifically be looking at teams outside the Top 10 in ICC’s T20I ranking. These players have shown their talents at the associate level and may be ready to make the big leap. Here’s BBL today match winner prediction

Zimbabwe’s Blessing is rightly the first name on this list. His emergence has shown that there is no dearth of talent in the country. With his height and bounce, the pacer has stormed onto the international scene. Standing at 6’6, he poses as an imposing figure at the top of his mark.

Considering that teams rave about overseas fast bowlers, it will not come as a surprise if he is picked at base price. Though he was approached to play as a Kolpak player, Muzarabani is intent on national duty for now. As a bowler, he has been likened to Jason Holder, all things considered. In 35 T20s so far, the 25-year-old has taken 39 wickets at an economy of 7.90.

The youngster from Nepal is one of two players on this list to have previous IPL experience. Though it may seem that he has been around forever, the leggie is still only 21 years of age. Extremely accurate and clever, Lamichanne can fill the void for an overseas spinner. He has also been in good form, picking up 14 wickets in the ongoing Big Bash.

In his previous IPL stint, he justified the hype around him with 13 at wickets across two years. With more players set to be picked in this year’s auction, Nepal’s new captain might get a go. he has been absolutely rampant on the associate stage, picking up 81 wickets from just 38 games.

Fast bowling all-rounder Curtis Campher is making waves for his enviable set of skills. Born in South Africa, Campher moved to Ireland early in 2020. Since then, he has looked a cut above the rest of his peers. With the bat, he tonks the ball, but is also technically sound. He bowls a heavy ball, constantly making life hard for the batsmen.

His moment in the sun came in the 2021 T20 World Cup when he took four wickets in four balls against the Netherlands. Following that, he scored a deal in the Abu Dhabi T10 League and will be looking to be picked up in the IPL as well. So far in his T20 career, he has scored 245 runs along with 18 wickets from 17 matches.

IPL team’s obsession with bright overseas fast bowlers may see Ruben Trumpelmann make a surprise entry into the IPL. with the ability to wing the ball into the right-handers, the 23-year-old caused problems at the recent T20 World Cup. He held his own against the big teams but the associate batsmen found him a handful to deal with.

His best performance was against Scotland, bowling a nearly unplayable spell en route to 3/17. Young and raw, the left arm would greatly benefit from working under the best coaches. So far in his T20 career, he has picked up 15 wickets from 14 games at an economy of 7.24. Check these top 30 cricket betting apps for smartphone.

A genuine wicket-taker, Mark Adair is one of the shining lights of Irish cricket. His three-dimensional ability is a rarity that is greatly desired by IPL franchises. Though Adair may find it difficult to break into any first eleven, any experience on the biggest stage will immensely benefit him.

Though he has mainly bullied associate nations, even yop nations have not had an easy time facing up to the 25-year-old. Against the top 10 T20 sides, he has taken 7 wickets from five games, albeit at a slightly higher economy rate. If his body can hold up, he could well have a half-decent shout of making it. In addition, he’s also shown decent ability with the bat.

The man with two first names, David is the other person on the list with prior IPL experience. He was picked up as a replacement player for RCB for the second phase of IPL 2021. He could not generate much of an impact though, only getting the lone game.

Around the world though, David has impressed, accumulating 1687 runs at an average of 33.07. The strike rate is never an issue with the 25-year-old, striking at above 150. Though he plays as a local in Australia, he plies his trade for Singapore on the International stage. In the ongoing BBL, he has the highest strike rate for anyone with more than 100 runs (163.90). If teams can pick him up at base price, the youngster could prove to be a clever buy. Here’s the right cricket prediction app to use. Check it here.