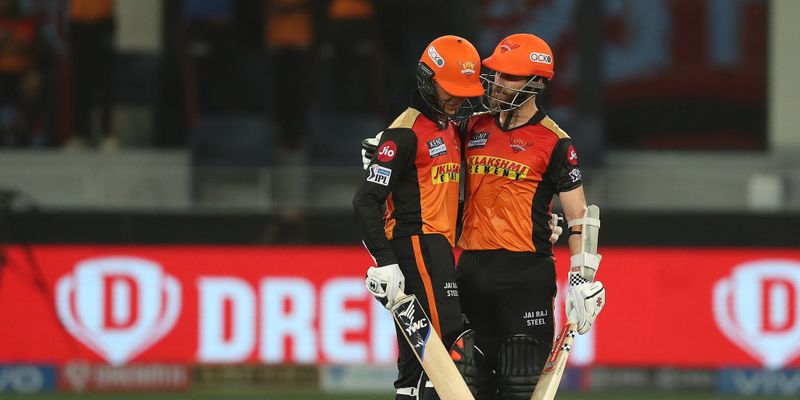 IPL 2022: The buzz surrounding the cash-rich league is only going to grow louder from this year forward. Given the arrival of the two new teams, the Lucknow Supergiants, and Gujarat Titans. In the just-ended IPL 2022 auction, the Sunrisers Hyderabad bought a total of 20 players.

Now Muttiah Muralitharan, SRH’s spin bowling coach, said that Abhishek Sharma and Williamson might be the team’s new opening duo. While, the upcoming edition, SRH has picked a roster of 23 players, eight of them are from overseas. They all will be led by Kane Williamson of New Zealand.

Sunrisers Hyderabad snatched up all-rounder Abhishek Sharma for INR 6.5 crores. They faced competition from Punjab Kings and Gujarat Titans for his services. Sharma had scored 46 runs off 19 balls in his IPL debut for Delhi Daredevils against RCB in 2018. Abhishek has represented the Orange Army in 19 matches. He was a member of their middle-order batting when David Warner and Jonny Bairstow used to open the innings. In the IPL, Abhishek has a batting average of 17.21.

“Abhishek was pretty much part of our initial plans. He was in and out of the side last season, but we want him to assume greater responsibility this time. We want him to open the batting alongside Kane. That will help us get a good left-hand, right-hand combination at the top.”

Muralitharan said in an interview

“Obviously, our goal is to win the title this season. But we have to plan for the next three years as well. That’s why the mega auction is so crucial for every team. We want Abhishek, Priyam Garg, and Samad to contribute heavily and become the faces of the team going forward.”

Sunrisers Hyderabad has left with barely Rs 10 lakh at the end of the two-day IPL mega auction. They spent nearly all of their budget. During the IPL 2022 auction, Sunrisers Hyderabad purchased a total of 20 players. Given this, they’ve assembled a team of 23 players, including eight foreign cricketers. The 2016 IPL winners undoubtedly had their moments during this weekend’s auction in Bengaluru. From edging out KKR in a bidding battle for Caribbean wicketkeeper Nicholas Pooran to securing his hard-hitting colleague Romario Shepherd.

Washington Sundar, Nicholas Pooran, T Natarajan, and Bhuvneshwar Kumar were among the major players selected by the squad at auction.