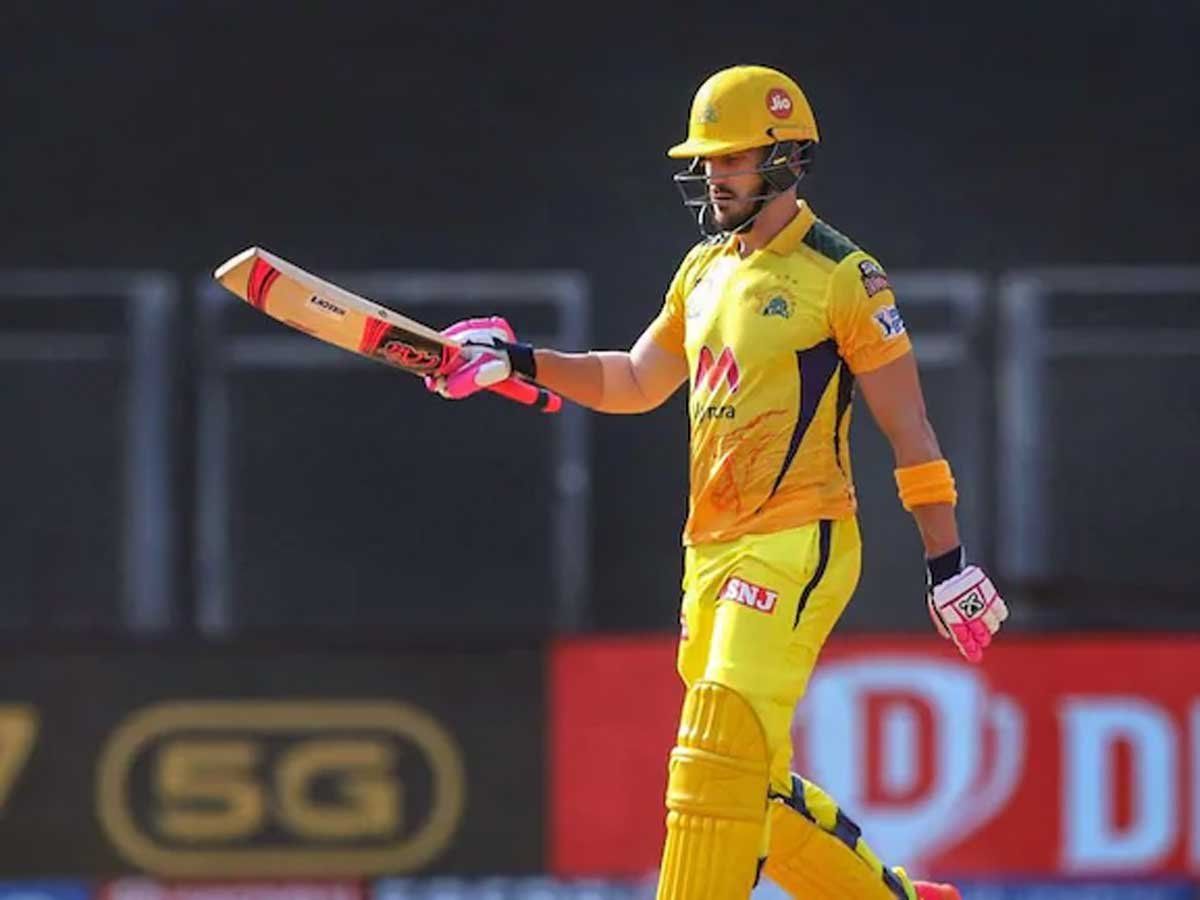 IPL 2022 Auction: In T20 cricket, experience often eclipses the enthusiasm of young Turks. Experienced players are the backbone of a cricket team, not only when it comes to playing on the field. But also in guiding and motivating the younger players and making them feel at ease in the most difficult situations.

Every team needs an experienced player to help the younger players gel and get used to playing at the highest level. The experienced individuals also become essential members of each team’s leadership group. One such player is Faf du Plessis who has been an integral part of the Chennai Super Kings (CSK).

His contributions to the franchise have been tremendous. Faf was the tournament’s second-highest run-getter in 2021, scoring 633 runs. He was instrumental in CSK winning the title for the fourth time. The former South African captain has played 100 IPL games and scored 2935 runs at an average of 34.94.

He forged a good partnership with young Rituraj Gaikwad and helped his opening partner in the overall development of his game. Getting Faf will be a good deal for most franchises. Here we will focus on the three teams that are most likely to be interested in acquiring Faf du Plessis. Here’s best IPL betting sites where you can get free guides.

CSK surprised everyone by not retaining du Plessis ahead of the mega auction. The South African has been a standout for the Chennai Super Kings. He made his IPL debut for them in 2011, and he has almost exclusively played for them since then. Because of the ban on CSK, he moved to the Rising Pune Supergiant in 2016, but he returned in 2018. During the 2018 IPL mega auction, the franchise used the right-to-match card for him.

He is CSK’s third-highest run-scorer, trailing only Suresh Raina and MS Dhoni. He’s been a valuable asset to the team. Faf du Plessis has announced his retirement from Test cricket and is no longer a member of South Africa’s One-Day and Twenty20 teams. He is only playing in T20 leagues.

In terms of batting order, Faf du Plessis is very adaptable. He can open and even bat in the middle order. He is one of the best fielders in the world and stands like a wall on the boundary rope. The 37-year old has taken some spectacular catches in the IPL. With at least a couple of years of cricket left in him, Chennai can consider bringing him into their squad.

Punjab Kings are one of the most underperforming teams in the IPL’s history. They’ve had some runaway T20 match-winners, but almost always struggled to keep the core of the team together. They have decided to let Chris Gayle, their most experienced player, leave the team. Punjab will require a trump card in the form of Faf du Plessis.

Last season Punjab Kings batters had been circumspect in the powerplay overs. KL Rahul had to play the second fiddle role as the Punjab middle-order faltered badly.

Faf will be an excellent addition to the Punjab Kings squad. He is one of the few overseas batters who can play spin effectively. Faf got CSK off to a good start a number of times while opening the innings. He has all the gears that a T20 batter should possess; he can bat as an anchor as well as make quickfire runs.

The South African is a league veteran and one of the league’s most underappreciated overseas batters. He has won many games for CSK on his own. In addition to the IPL, he has played in various T20 leagues around the world. With Mayank Agarwal opening for Punjab, Faf will undoubtedly be able to guide him at the top of the order.
Are you looking for prediction of cricket match? then read it here.

IPL 2022 Auction: Faf-Du Plessis will be the ideal partner for a young Shubman Gill

The Ahmedabad franchise has yet to decide on a team name. The Gujarat-based franchise picked Hardik Pandya, Rashid Khan, and Shubman Gill ahead of the IPL 2022 auction. They have a lot of ground to cover in the auction, and the first thing they need to do is find Shubman Gill’s opening partner. We all saw how a young player like Ruturaj Gaikwad shone when he batted first with du Plessis.

Allowing Faf to open the innings with Shubman can be very beneficial to both Shubman and the franchise. The Faf-Shubman opening combination will be ideal for the Ahmedabad-based franchise. The newly constructed cricket ground in Ahmedabad greatly benefits spinners, and they will require a batter who can play spin well.

Having any other overseas batter who will struggle to play spin can spell disaster for the franchise. Another consideration is that the franchise is new, and they will seek an experienced player who can serve as both a player and a mentor to the team. Faf du Plessis is a one-stop shop for them. He has good spin, is experienced, and is a great fielder both inside and outside the 30-yard circle. Read our daily free cricket betting tips here.