Home » News » IPL 2022 Auction: “That’s Why We Thought He May Not Fit Into This Team” CSK Owner on Suresh Raina

IPL 2022 Auction: “That’s Why We Thought He May Not Fit Into This Team” CSK Owner on Suresh Raina 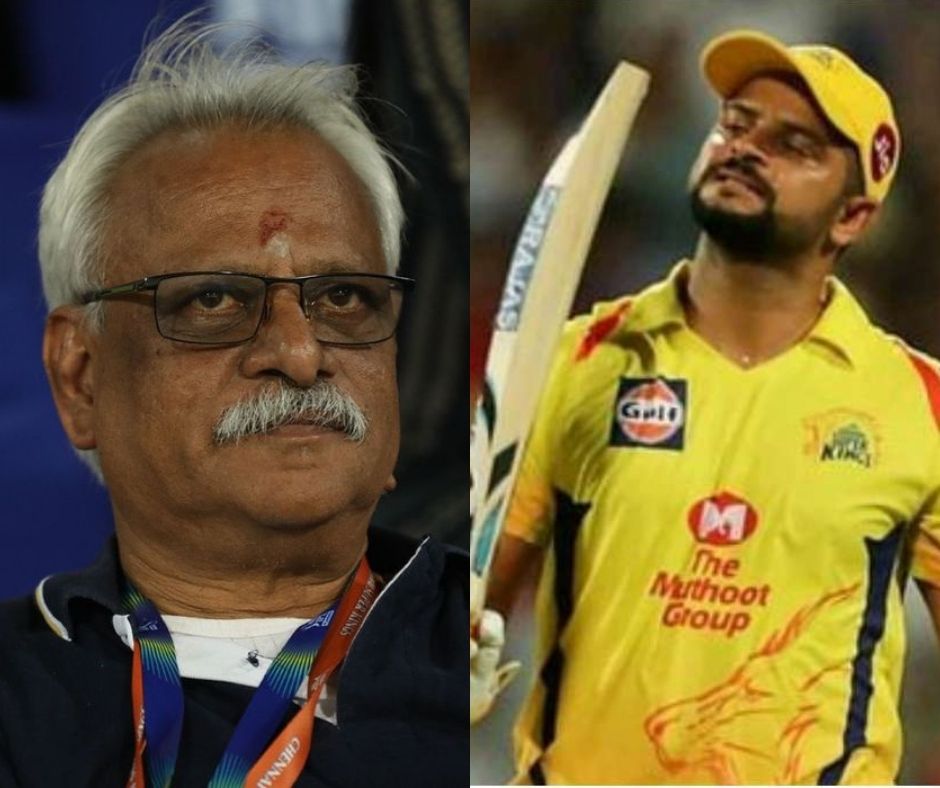 IPL 2022 Auction: The IPL 2022 auction has lent some of the controversies to the defending champions. It’s not about their team composition, but there are a few other factors related to that. One of the reasons is the picking of a Sri Lankan player in the auction. The other is related to not picking their own Suresh Raina. CSK went for some uncapped players instead of bidding for Raina. The CSK didn’t even try to bid for him at the auction. Looking for some IPL cricket betting sites? Read more here.

And now the CEO of CSK, Kasi Viswanathan, has come up with a reason for not bidding for Raina. Viswanathan further revealed what made them do so in the auction. Speaking on the official YouTube channel of CSK, he stated that it was a difficult decision for the management.

IPL 2022 Auction: “The form of Suresh Raina was the reasons why we thought he may not fit into this team,” Vishwanathan

CSK’s CEO expressed the value of the left-hander to the team over the years. Suresh Raina has been with the team since the inaugural edition in 2018. He further added that it was somehow due to a lack of his form that caused them to take such a decision. He said,

“Raina has been one of the most consistent performers for CSK for the last 12 years. Of course, it was very difficult for us, not to have Raina but at the same time, you should also understand that the team composition depends on the form and kind of team which any team would like to have so that’s one of the reasons why we thought he may not fit into this team.”

Get the best IPL betting apps here for IOS and Android.

The veteran left-hander was one of the best batsmen for CSK over the years. Raina has played 205 IPL matches for the team. And he is the highest run-getter for the Chennai Super Kings in IPL history. He has scored 5528 runs at an average of 32.51 including 39 half-centuries.

We will miss Faf as well

IPL 2022 Auction: Kasi Viswanathan also pointed out their former opener and former South African skipper, Faf Du Plessis. He said that Du Plessis had done enough for them over a decade. And the team will definitely miss the services of the South African legend. He concluded,

“We will miss him, we will miss Faf who has been with us for the last decade, that’s the process and dynamics of the auction.”

Faf du Plessis was the second-highest run-scorer for CSK in the last season, just short of 3 runs from Rituraj Gaikwad. His knock in the finals against the Kolkata Knight Riders was the main reason that CSK was able to win their fourth title. Chennai did try to get Faf back in the auction, but it was Royal Challengers Bangalore who bought him eventually. RCB signed Faf du Plessis for a whopping amount of INR 7 crore. Here’s the complete IPL team list for the 2022 Season.