Home » News » IPL 2022 Auction: Dinesh Karthik Named a Team That He Want to Play With

IPL 2022 Auction: Dinesh Karthik Named a Team That He Want to Play With 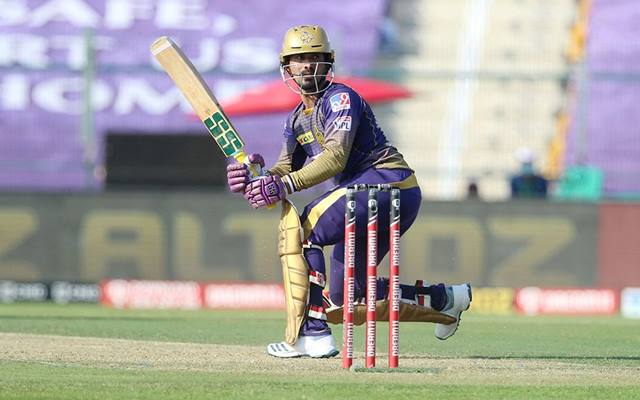 IPL 2022 Auction: We are just a few days away from the grand auction of IPL 2022. A total of 590 players are taking part in the auction to find a contract in the IPL. Ten teams will bid for a maximum of 22-25 players. However, former KKR skipper Dinesh Karthik, who is all set to go under the hammer, has shared his views on it. Kolkata Knight Riders released him ahead of the auction, and now the veteran batsman will be looking for a new start. However, it would not be a surprise if KKR bid for him again in the auction, because they need a wicket-keeper and a good finisher at the same time. Here are the complete IPL team list for 2022 season.

The mega-auction will be a two-day event and take place in Bengaluru between February 12 and 13. All the IPL franchises have almost finalized their lists of players to bid for. And with some really big names in the auction, it will surely be an exciting event for cricket lovers. On the other hand, Indian wicket-keeper batsman Dinesh Karthik has shared his views on the auction.

IPL 2022 Auction: As I am from Chennai and playing for CSK would be great, says Dinesh Karthik

The former KKR skipper has set his base price at INR 2 crore. Karthik has played for six different franchises so far in the IPL, but he has never been a part of CSK. The Tamil Nadu cricketer shared his opinion in a discussion with India Today. He said, as a local Chennai player, he would love to be part of CSK. But if he gets a chance with another team, he will also be happy. India Today quoted,

“Look, it’s great if I can play for CSK. I’m from Chennai. But at the end of the day, what’s important for me is whichever team that I get to play in, it will be an absolute honor because as I said, all this practice that I’ve been doing these days is to try and do well in a tournament like the IPL.”

Karthik further added that he will be giving his all to whatever team he plays for. Almost all the franchises are looking for a wicket-keeper for their team. And with the experience he has, he might fetch a good deal at the auction. Kartik further added,

“It’s very hard for me to answer this question because it will be a very cliched answer. I’ll try and do everything that I can, not only to do well for the franchisee I play for but for myself also.”