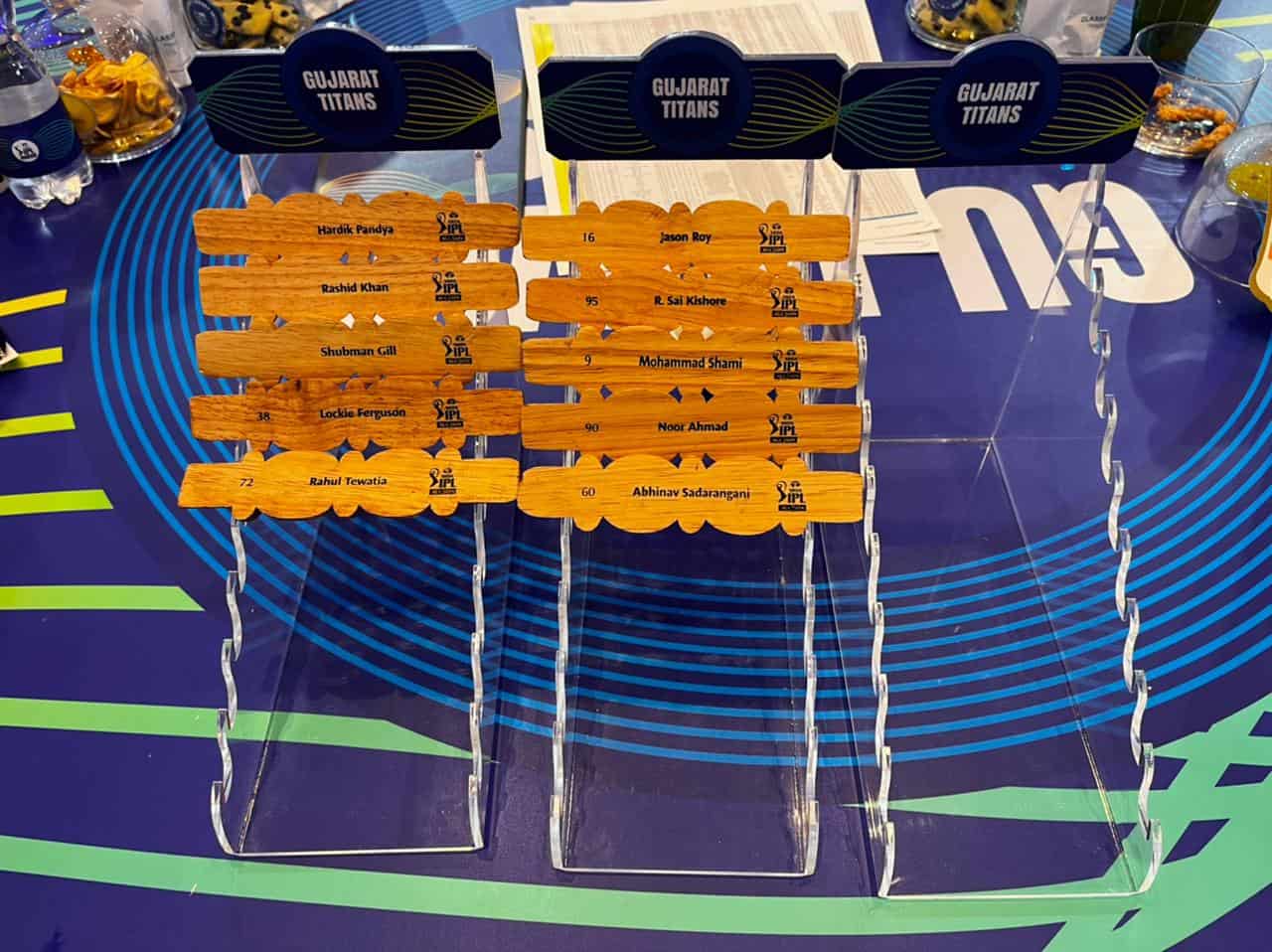 IPL 2022 Auction: The mega auction is finally underway. Day 1 of the auction saw Gujarat Titans strategically bid for their favorite players. All franchises are permitted for a total maximum purse amount of INR 90 Cr and a minimum of INR 67.5 Cr at the auction. The number of players is capped at a minimum of 18 with a maximum of 25 with a maximum of 8 overseas players. Get today’s IPL match prediction and learn more tips from betting experts.

The new franchise in the mix – Gujarat Titans treaded its first day of auction sensibly. As a new franchise, the Gujarat Titans were allowed three draft picks ahead of the auction. The franchise picked Hardik Pandya (15 Cr), Afghanistan’s ace bowler Rashid Khan (15 Cr), and Shubhman Gill (8 Cr) and went to auction with the remaining 52 Cr in their purse.

Ahead of auctions, The Gujarat Titans unveiled their plan of buying 22 players including 7 overseas players in total. They opened their account on Day-1 of the auction with marquee player Mohammad Shami. Titans bid INR 6.25 Cr for ace Indian pacer.

The Titans then roped in England opening batsman Jason Roy at his base price i.e INR 2 Cr. Jason Roy was part of the Sunrisers Hyderabad squad last season.

The franchise then aggressively bid for New Zealand pacer Lockie Ferguson and eventually drafted him in for a whopping INR 10 Cr. It was the Titans’ third overseas pick out of quota of 8 overseas players. Here are all IPL teams and match schedules.

The Titans bid for Abhinav Sardarangini, an uncapped batsman with no IPL appearances, 13 times his base price. He was listed with a base price of INR 20 Lac and Titans spent generously to buy him for INR 2.6 Cr.

Rahul Tewatia was expected to attract a big deal at this year’s auction due to his splendid match-winning performances in last year’s IPL. Titans didn’t let him go easily and bid INR 9 Cr to rope him in their camp.

The U-19 star from Afghanistan, Noor Ahmad, who bowls left arm spin, was bought at his base price of INR 30 lac.

Gujarat’s last pick for the day was R Sai Kishore. R Sai Kishore hails from Tamil Nadu and bowls left-arm slow orthodox. He was listed at the base price of INR 20 Lac and Titans bought him for INR 3 Cr.

At the end of the first day at the auction, Gujarat Titans have 10 players, including 4 overseas players.

In the pace department, the franchise has the likes of Mohammed Shami and Lockie Ferguson. Captain Hardik Pandya could be the third pacer, given he is fit enough to bowl in this season.

Titans now have INR 18.85 Cr remaining in their purse. Hence, the franchise will look to fill the remaining 12 spots of players with their best bids tomorrow. At Day-2 of auction, The Titans would eye wicket keepers, batsmen, and pace bowlers to balance out the squad.