IPL 2022 AUCTION: “I Will Really Miss Everyone”, Faf du Plessis Last Message to the CSK Fans 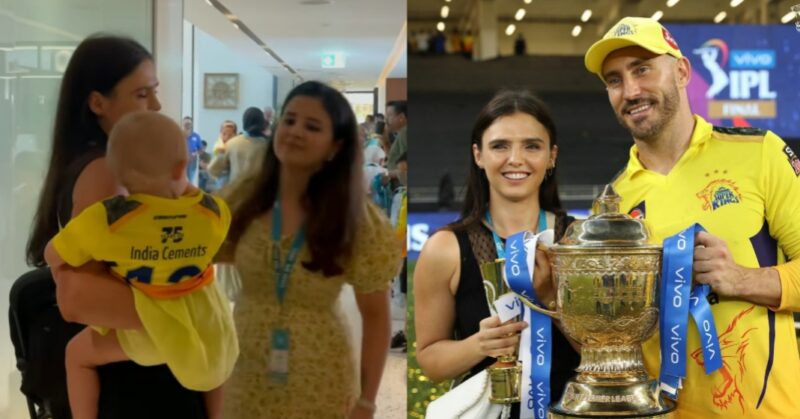 IPL 2022 Auction: The grand auction has finally ended. And the two-day IPL auction has brought many changes for all the teams. A total of 590 players came under the hammer, and 204 players were sold during the auction. IPL teams now have a new set of players in their squad. Some teams got what they were looking for. On the other hand, some were not that lucky.

The defending champions, Chennai Super Kings, tried their level best to get their released players back. And they were successful at some point. CSK got Robin Uthappa (INR 2 crore), Dwayne Bravo (INR 4.4 crore), Ambati Rayudu (INR 6.75 crore), and Deepak Chahar (INR 14 crore) back. However, they were not able to get their star opener, Faf Du Plessis, in the auction.

Former South Africa skipper played for CSK for nine seasons in 2011-2015 and 2018-2021. He was one of the main reasons for their title win last year. In fact, Du Plessis was a member of the CSK team that won all four trophies. Du Plessis took to his official Instagram handle and shared an emotional video message for the CSK fans. He said,

“I just wanted to do a quick video message to say thank you to Chennai, the fans, the staff , the management and players for it has been a decade with one team.”

Du Plessis thanked CSK and its fans for all those memories over the years. He was the second run-getter for the CSK in IPL 2021, just three runs behind Rituraj Gaikwad. Former CSK member was also adjuged “Man of the Match” in the final for his match-winning knock of 86 off 59 balls, which helped CSK post a competitive target. He expressed how excited he is to join his new team, the Royal Challengers Bangalore. He concluded,

“You create a lot of special memories. I think it’s really important for me to say thank you. I’ve really enjoyed my time a lot. I will really miss everyone there. But as one door closes, a new one opens up and that comes up with great opportunities. I’m excited to see what the future holds. From me and my family, thank you very much.”

At one point, Chennai was in a position to get him back in the auction. CSK was also in a bidding war with RCB and DC.But eventually, it was Royal Challenegers Bangalore who got him at the price of INR 7 crore on the first day of the auction. Now we will see Du Plessis open for Bangalore for the season. Du Plessis will be joining Virat Kohli and Glenn Maxwell in the RCB.