Home » News » IPL 2022 Auction: “If I Was Sitting at the Auction Table, I Would Go For Wanindu Hasaranga,” Aakash Chopra says

IPL 2022 Auction: “If I Was Sitting at the Auction Table, I Would Go For Wanindu Hasaranga,” Aakash Chopra says 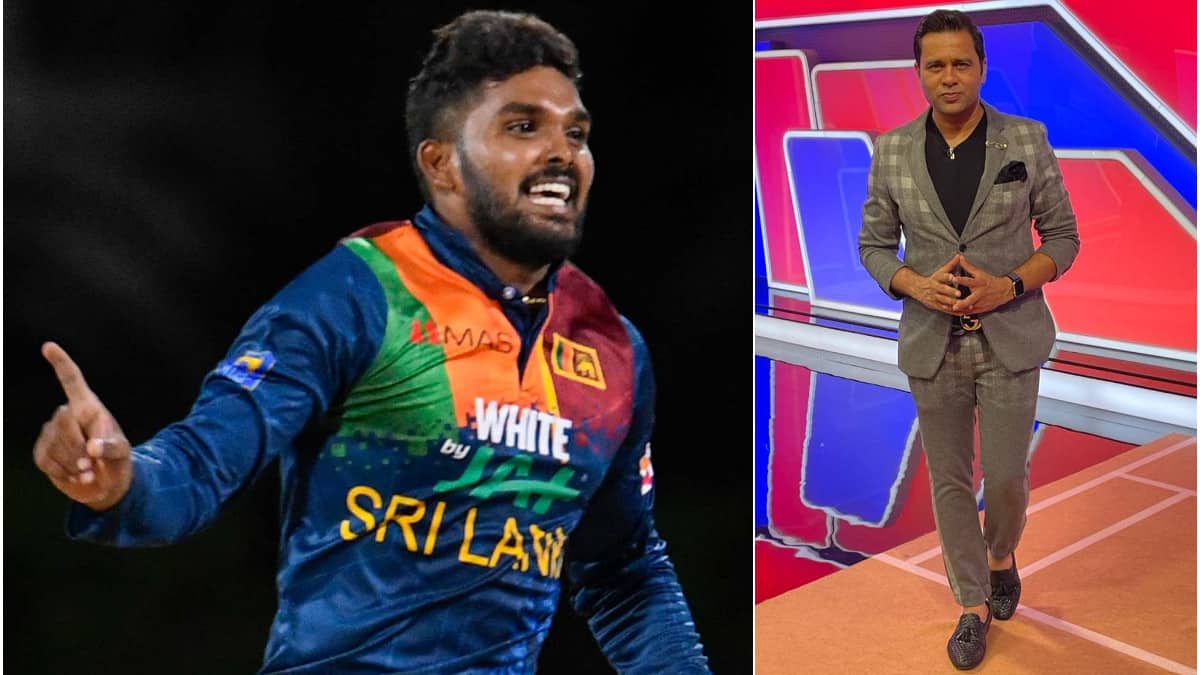 IPL 2022 Auction: Wanindu Hasaranga, may go on to become a talking point in this year’s mega auction. According to former cricketer Aakash Chopra, Hasaranga will be an out-of-the-box option in the mega event. All ten teams, including Lucknow and Ahmedabad, are possibly in interest with the player.

The Sri Lankan spinner has the temperament to thrive in T20 cricket, according to Chopra, and would be an excellent foreign selection for 4-5 crore Rupees. Here’s IPL match result last week.

“This is an out-of-the-box pick. If I was sitting at the auction table, I would go for Wanindu Hasaranga. He is a brilliant player of spin, he’s your four-over bank and would come in the middle and bowl four overs. He can even bowl with the new ball. RCB got him cheaply but they didn’t use him. But he should play.”

“Franchises should spend on him. For ₹4-5 crores, he would be a good overseas option. He’s a bowler, a batter, a fielder. He’s got the temperament to succeed in T20 cricket. I’ve no doubt in mind that if someone has strategized the auction and Hasaranga’s name comes at the right time, there should be money spent on him.”

Dushmantha Chameera, another Sri Lankan cricketer, is going to enter the mega auction.

“Dushmantha Chameera is another player. He’s underrated. I don’t know if it’s because he plays for Sri Lanka. Half of the coaches here are Australian so they tend to go for their own players like Riley Meredith, Jhye Richardson, Kyle Jamieson etc. Players like Wanindu Hasaranga and Dushmantha Chameera aren’t seen as exciting propsects which is sad.”

IPL 2022 Auction: Shreyas Iyer as the Potential Skipper of KKR or RCB

In his youtube video, former cricketer Aakash Chopra claimed that KKR and RCB may possibly consider Shreyas Iyer as their prospective captain. Shreyas Iyer, according to Chopra, would end up being the most expensive player in the forthcoming mega-auction. Iyer was previously the captain of Delhi Capitals until 2020 but was now recently released by the franchise ahead of the IPL 2022 Auction. Looking for expert betting tips? then read here.

“Shreyas Iyer could be a potential captain of KKR or RCB. I don’t think Punjab would be looking at him.”

“The most expensive player, to be very honest, is going to be Shreyas Iyer. In this list, the most expensive will be Iyer because Ishan Kishan is not there. If Ishan was there, there could’ve been a tug of war. Now, they will reserve money for Ishan and money will be splash out for Iyer.”

Lucknow Supergiants and Ahmedabad are the two new teams as an addition to the IPL 2022 edition, bringing the total number of teams to ten. The final list for the mega auction, which will take place in Bengaluru, includes 590 players. The teams have already begun strategizing for the forthcoming IPL season. As the mega auction date approaches, speculations about the possible signings by the franchises have grown as well.
Here are cricket prediction apps for android.