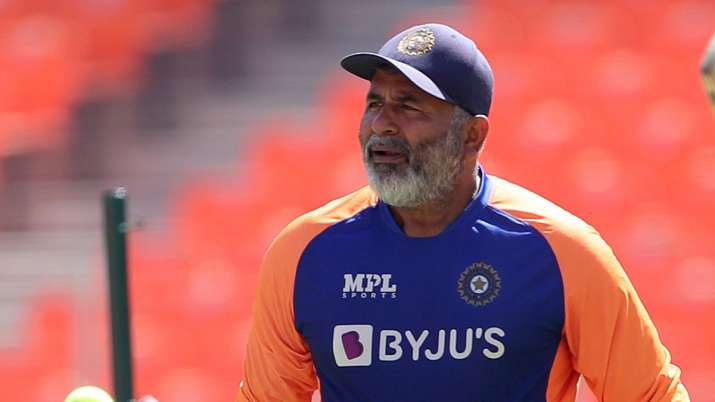 IPL 2022 Auction: Kolkata Knight Riders (KKR) bowling coach Bharat Arun has revealed the team strategy ahead of the mega auction in Bengaluru. He stated that KKR will be looking for players who can adapt to different conditions.

As of now, the location of the IPL 2022, which is slated to start in the last week of March, has yet to be determined. With only 10 days until the auction, the KKR think tank is hard at work planning its strategy. Here are IPL teams and players list 2022.

“You need to pick players who can adapt to different conditions. Even before the pandemic, when you picked bowlers for home conditions, you still needed them to play seven away games in the IPL,”

Arun during a interview

Arun further said that having seen the majority of the international players, his experience would come in handy for the Kolkata-based franchise.

“Having watched most of the top players around the world up close, you have a fair idea as to what they can do. And it helps you to prepare and take your calls better, and also plan more effectively during the matches,”

IPL 2022 Auction: “There may be a shift in IPL auction with so many premium pacers up for grabs”, Arun

KKR now has a purse of Rs 48 crores for the mega auction, which will see 590 players go under the hammer in Bengaluru on February 12 and 13. With so many premium fast bowlers up for grabs, Arun believes the IPL auction may see a shift in dynamics. Do check our best cricket betting tips and tricks here in our site.

I sincerely think so, because even though a lot of people think cricket is inclined towards the batsman, I would look at it differently.

I would say that therein lies an opportunity for me as a bowler to excel. Yes, there are limitations for bowlers. But again, they know that if they execute and if they can build a little more guile around their bowling, they have a chance to be a hero,”

India were so successful as they had bowlers who can excel in all conditions: Arun

IPL 2022 Auction: Arun is credited with transforming India’s fast bowling unit into one that is feared around the world. He said India has bowlers who could excel in all conditions and that’s why we have been so successful. KKR will look for bowlers who can pick 10 wickets in all conditions, he added.

It has been a privilege to be a part of the Indian team before this. In a way, I was blessed to have had a group of bowlers who are so multi-talented. Preparing this bunch of fast bowlers was our biggest challenge and the way they responded… The rest is history. I think the biggest challenge was to have bowlers who could excel and who could get to 20 wickets in all conditions. We did exactly that, and that’s why we were successful.

As mentioned above, KKR hasn’t retained any fast bowlers. They should have at least retained Lockie Ferguson who has been phenomenal for the side. Arun and co have their work cut out to build a formidable bowling attack.
Looking for free cricket prediction? Do check it here.