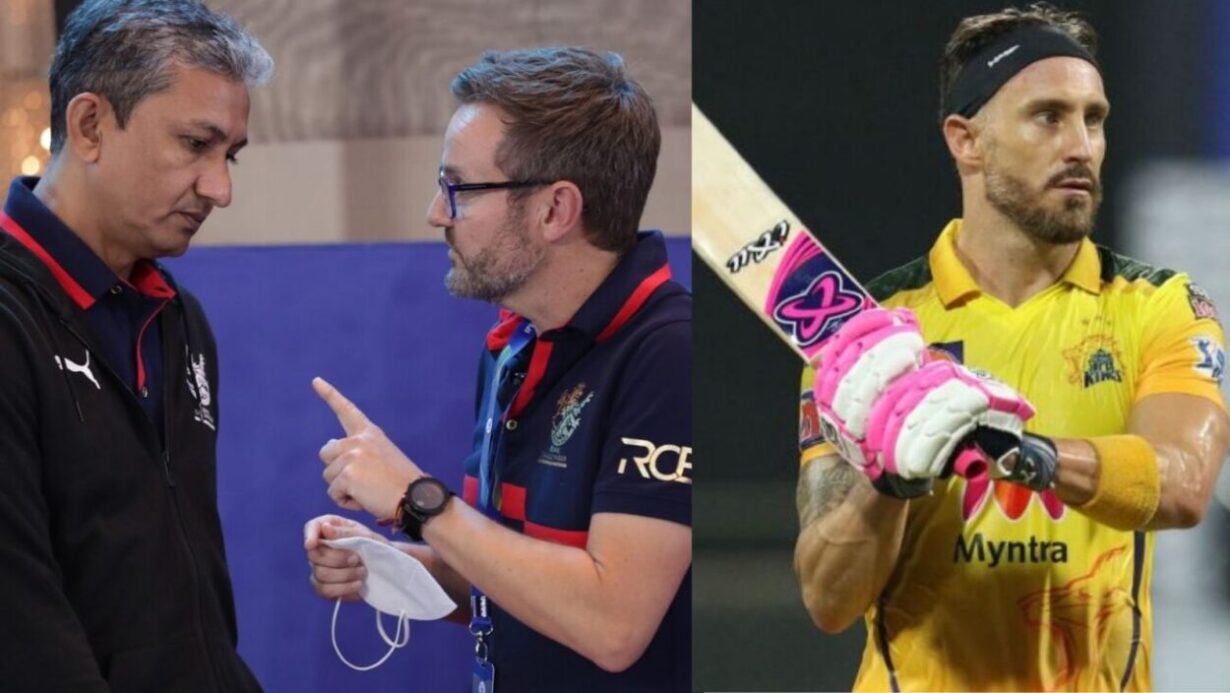 IPL 2022 Auction: The Mega Auction of IPL 2022 has brought many changes to all the IPL teams. Now, with two more franchises in the league, it has provided more options for the players. BCCI selected 10 players to feature in the Marquee list for the auction. And one name from that list was former South Africa Faf du Plessis.

Faf played for CSK in the last three seasons, and in fact, was the “Man of the Match” in the finals of IPL 2021. He, along with Rituraj Gaikwad, helped the Yellow Army to win their fourth IPL title.

The former South African skipper was released by CSK ahead of the auction. But the franchise tried to get him back at the auction. As a result, we saw a bidding war between CSK, DC, and RCB to get the services of the batter.

And eventually, it was Royal Challengers Bangalore who won that bidding war and got Du Plessis for a price of INR 7 crore. And now, after a week of the auction ending, RCB shared a video on their official social media profile discussing the strategy to get Du Plessis into their team.

“He’s a strong character who has won the IPL many times,” says Mike Hesson

Read reviews here about Mobile Bet365 and learn how it works online.

The video shared by RCB featured their director of cricket, Mike Hesson, sharing the strategy to go after Faf in the auction. He expressed that having Faf in the squad will surely help RCB in the IPL. Mike also pointed out how the former South African skipper can fulfill the requirements of the team with his experience. After AB de Villiers announced his retirement, there was a big gap to fill for the franchise. Hesson said in the video,

“With the options we have in our current squad and the uncertainty surrounding those, and the options we have at the auction, where we think we can gain a real advantage is with Faf du Plessis who is highly experienced. He has captained South Africa for long, won the IPL many times and is a very consistent performer in terms of how he operates. He’s a strong character and highly respected. These are a lot of attributes you want in a leader.”

He also pointed out how he insisted the franchise go after Faf in the auction. Hesson said that they were sure that CSK would go for him and being on a marquee list would mean that other franchises would also want him in their team. He added,

“He’s also in the marquee group; for us to have some structure going forward, we need to allocate some budget to get that. We would want to go through teams who might look at him.”

IPL 2022 Auction: Both Faf and Hasanranga were on target on Day 1, Mike Hesson

RCB made two big buys in the auction. The first was Faf du Plessis, and the second player they went for was Sri Lankan spin all-rounder Wanindu Hasaranga. Further talking about the decision, Hesson said that both players will have a big impact on the team. Both are well experienced in the T20 format and bring different skill sets to the table. He concluded,

“We see his (Faf’s) role along with Hasaranga as two most important overseas roles to get on the first day. There are a number of different permutations and combinations to get to this point and I’m sure there will continue to be some.”

Get the best and legit Online Betting Apps for IOS and Android.