Home » News » IPL 2022 Auction: “My Learnings at KKR Will Surely Help Me Ahead,” Kuldeep Yadav

IPL 2022 Auction: “My Learnings at KKR Will Surely Help Me Ahead,” Kuldeep Yadav 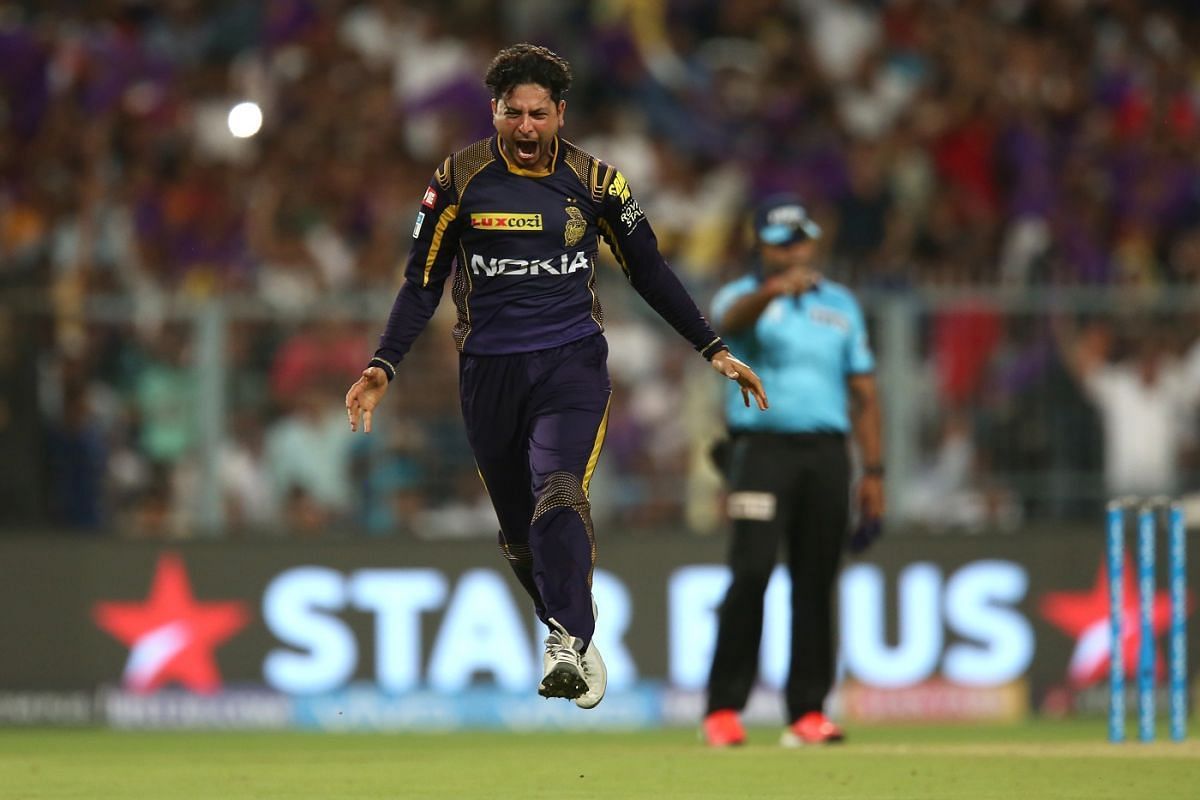 IPL 2022 Auction: The IPL auction saw some heated bidding as teams attempted to assemble their respective squads as best they could. Some of the biggest names went under the hammer with a fair few surprises. Ishan Kishan was the biggest buy of the IPL 2022 auction. Mumbai Indians shelled out a whopping INR 15 crore to retain his services.

Many teams failed to get back their core players. The notable mention Faf Du Plessis and CSK – a marriage made in heaven. Ace spinner Kuldeep Yadav was another player who broke a 7 year bond with Kolkata Knight Riders after being snapped by Delhi Capitals (DC).

Kuldeep, who joined KKR in 2014, has seen little game time in the last two seasons as his stock has dropped. As he embarks on a new journey, the 27-year old penned a heartfelt message on Twitter.

Kuldeep Yadav entered the IPL 2022 auction with a reserve base price of INR 1 crore. He was picked by Delhi Capitals for INR 2 crore.

Kuldeep Yadav has been lackluster in the IPL over the last few seasons. He played for KKR between 2014 and 2021, and while he was a key member when he first joined the team, Kuldeep’s stock fell after the 2018 season. The left-arm spinner appeared in nine games in 2019 and only five in the following season. Due to an injury, the player was ruled out of the 2021 edition.

Parth Jindal, owner of Delhi Capitals opened up on selecting the out of favor chinaman. Jindal said that Kuldeep hasn’t been handled well in the last couple of seasons.

“When we looked at the value names, one of the names that stuck with us was Kuldeep Yadav,”

IPL 2022 Auction: Kuldeep will flourish under Pant and Ponting; Jindal

Parth Jindal further elaborated that Kuldeep Yadav needs confidence which wasn’t provided by KKR. He added that Kuldeep has a lot to prove and will surely flourish under a young captain like Rishabh Pant and experienced Ricky Ponting, the head coach of Delhi Capitals.

“In the environment, we’ve created at Delhi Capitals with Ricky Ponting and Rishabh Pant, it is something that we want to give him. He has a lot to prove, and I think the fire in his belly is there and we are very keen to see what he does in IPL,”

Kuldeep will bowl alongside Axar Patel in the Delhi Capitals, who was retained by the team after putting in consistent performances over the last two seasons. The side is led by wicketkeeper-batsman Rishabh Pant, with Anrich Nortje and Prithvi Shaw the other two retained players.

We at Crictips absolutely agree with Mr. Jindal. Kuldeep was part of the core group of KKR players. He suddenly fell out of favor after a string of low performances in 2019. When chips are down, you need the backing of your players and team management. At the same time, Kuldeep was also dropped from the Indian white-ball squad. Hence, Kuldeep had to warm the bench for the most part of 2020 and 2021. That in turn affected his performance in the limited opportunities he used to get in between.