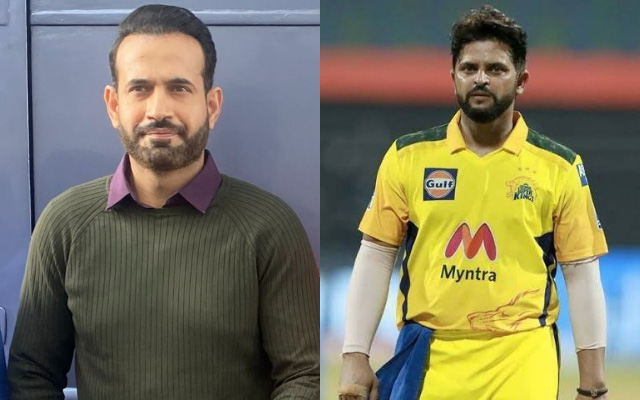 IPL 2022 Auction: Ex-India cricketer Irfan Pathan wasn’t impressed after Suresh Raina went unsold in the mega-auction. Pathan believes that Raina could still have been pushed. Chennai Super Kings (CSK) released Raina ahead of the mega auction. The 35-year-old registered himself with a Rs 2 crore reserve price.

Fans were disappointed as the veteran went unsold. Echoing the same sentiment, Pathan said that Raina should have been picked up by one of the teams. The former cricketer-turned-commentator wrote on Twitter

It should be noted that Raina, who retired from international cricket in August 2020, hasn’t played much cricket in recent years. He skipped IPL 2020 due to personal reasons and was out of touch in the 2021 edition. Raina was even knocked out by Robin Uthappa at the tail end of the competition.

As a result, many people did not expect Raina to command a high price this season. However, the fact that no franchise has pursued him has surprised many. CSK, for its part, paid tribute to the veteran cricketer on social media.

Record of Raina over the years in IPL

Suresh Raina was a member of the Chennai Super Kings team that won their fourth IPL championship last year. He did, however, have a poor season, scoring 160 runs in 12 games at an average of 17.77 and a strike rate of 125.

Raina was a member of the Chennai Super Kings from 2008 until his release this year. He only played for the Gujarat Lions in 2016 and 2017, when the four-time champions were banned from the competition.

We at Crictips absolutely agree with Irfan Pathan. The southpaw, dubbed “Mr. IPL,” is one of the tournament’s leading run-scorers. He’s also an excellent fielder and a useful off-spinner. In fact, he played a key role in three of CSK’s four title victories. However, due to a poor campaign in 2021, no franchise expressed interest in the southpaw.

It should be noted that CSK re-signed a number of former players, including, Dwayne Bravo, Robin Uthappa, and Ambati Rayudu. And only the CSK think can answer why they felt Raina is no more a utility player in T20s.