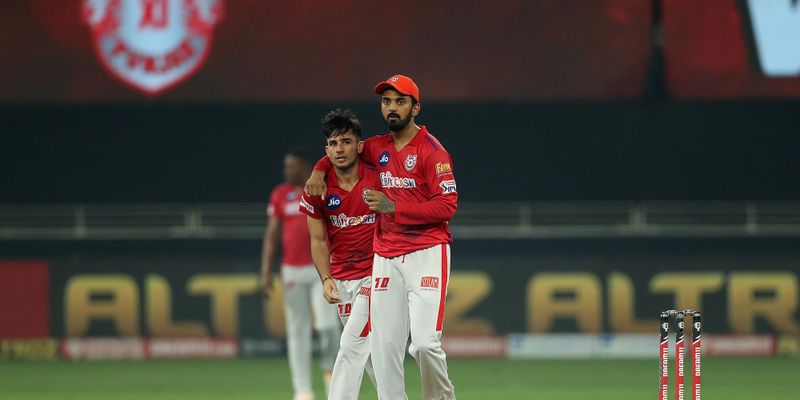 Unlike previous years, this year’s auction is a mega auction and as many as 590 players will undergo the hammer. The IPL Mega auction will allow franchises to rebuild their teams without changing their core players (if the teams wish so). As per the IPL retention policy, existing teams were allowed to retain a maximum of 4 players. Whereas new teams were allowed to draft 3 players ahead of the auction. Read our IPL betting tips and guide here.

While speaking at the show, when Boria Majumdar asked KL Rahul about his auction strategy and his approach towards the mega auction as nothing like this has happened before, KL replied:

“Yeah, not for me as well because this is the first time I’m part of the big auction I was with Punjab as captain, but we went into only smaller auctions and there were only two or three places that we needed to fix, which wasn’t really that hard. But this is a lot harder.

Two new franchises have been added to the existing lot of the Indian Premier League (IPL). Lucknow-based franchise-Lucknow Super Giants, owned by the RPSG group, has named KL Rahul as their captain. New franchises were allowed to pick players ahead of the auction. The Lucknow Super Giants picked KL Rahul, Marcus Stoinis, and Ravi Bishnoi as their draft picks ahead of the auction. Seeking cricket prediction site? then do read more here.

When asked about his thoughts on retaining Ravi Bishnoi and Marcus Stoinis having played with both, KL Rahul said:

“The idea behind Stoinis and Bishnoi I think is very simple. When you’re trying to get three retentions, you want to get like three pillars sorted. You have an opening batter in me, you have an all-rounder in Stoinis who can bat number five, number six. So we’ve seen that in Big Bash. He’s even opened as well. So he’s a very flexible player. He gives you sixth bowling option as well.”

“And Ravi Bishnoi, like Gauti bhai (Gautam Gambhir) said, he’s very exciting, he’s young, he’s a wicket-taking option. And we’ve seen in the history of IPL that wrist spinners have done really-really well and wrist spinners in this auction again, whoever is available, will be hot. So we felt like getting all of us would give us a good start as a team and then we can build around it.”

IPL 2022 Auction: KL Rahul continued his elaboration and heaped praise on Marcus Stoinis and Ravi Bishnoi. He explained Marcus Stoinis’ utility as a player and how he can be put to use in different roles within the team. Rahul said:

“Yes, Marcus I have played with in Punjab as well and he’s a very committed player and he has a great energy around the team. He’s a brilliant team man, so one of the best all-rounders going around right now in limited-overs cricket. So I really wanted Marcus to be part of the setup.”

While speaking on Ravi Bishnoi, he mentioned his courage and approach while bowling against big players. He said:

“Bishnoi played with him (Marcus Stoinis). He has a big heart for a youngster who hasn’t played for the country or hasn’t played too much IPL cricket. He showed a lot of heart. Bishnoiwasn’t scared to be in a fight, he wasn’t overawed by the international batters he used to Bowl to.”

“He wanted to be in the fight. Bishnoi wanted to bowl to the likes of Pollard and Russell and Hardik, Rishabh Pant whenever they came in. He said, (bhaiya mujhe ball do) give me the ball. I want to get their wicket. So that’s the kind of attitude you like in a player and he’s a young guy and I know I can see him playing for the country for a long time and also playing for India really soon. So it will be good for us to be part of that journey for him and support him as much as we can.”

Looking for best betting apps for android? Check it here.