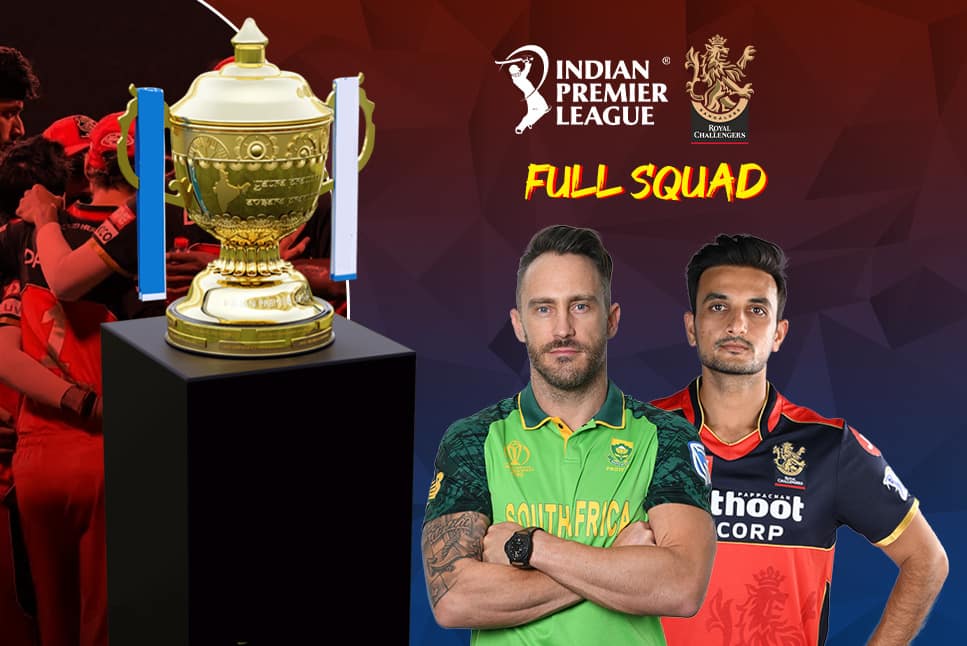 IPL 2022 Auction: After leading Royal Challengers Bangalore (RCB) for close to a decade, Virat Kohli recently stepped down from the role. RCB entered the Indian Premier League (IPL) 2022 auction under pressure to look for a new captain.

Their plans derailed when they lost the bidding war for Shreyas Iyer to Kolkata Knight Riders (KKR) on Day 1 of the event on Saturday. Later in the day, RCB acquired former South Africa captain Faf du Plessis. The opening batsman, who was previously associated with Chennai Super Kings (CSK) for 10 years, could be a great candidate for the leadership role.

Glenn Maxwell, who was retained by RCB ahead of the auction, is another option for RCB’s captaincy.

In a bid to sign left-handed batsmen, RCB roped in Mahipal Lomlor and Kiwi opener Finn Allen. They even showed faith in uncapped India batsman Anuj Rawat, buying him at INR 3.4 crore.

While RCB managed to fill their squad with talented bowlers in Chris Jordan, Jason Behrendorff, Sherfane Rutherford, Josh Hazlewood, and returning pacer Harshal Patel, their overall side is imbalanced. They lack some key faces in the middle-order and once again, RCB would be dependent on three batsmen, in this case: Kohli, Maxwell and du Plessis.

Funds remaining at the end of the mega auction: INR 1.55 crore